Mental Health Tropes are Back in ‘What If It Works?’ -  Review

Take one sketchy Australian film industry, raise two expected mental health archetypes, then toss them all into one safe indie motion picture. It seems impossible to impress. But what if it works?

Adrian (Luke Ford) is a tech-wiz who just so happens to have Obsessive Compulsive Disorder (OCD). Following a toxic breakup with Melinda (Brooke Satchwell) due to this condition, Adrian is unable to connect with the outside world. Finding himself homebound, obsessed with cleanliness and addictive to all things automotive and fast.

By contrast, Grace (Anna Samson) is the emerging street artist residing in the same Melbourne suburb of Northcote, who also just so happens to have Dissociative Identity Disorder (DID). As the host of 10 alternate personas, her dominant forms often transpire in her shy and frigid self, as well as the sexually aggressive ‘G’, or ‘Grace’, being the more dominant. Sharing the same neighbourhood, therapist, and some mutual chemistry, it’s a bizarre match that may just feel too messy, light and fictional to be true.

This is the result of the dark, underdeveloped stage we’re in when it comes to Australian screenwriting. Make The Switch’s Jess Fenton has made similar observations saying our country has this “systemic problem of writing things the way we think they should be” rather than allowing projects the breathing space and time to tell “how things actually are”.

What If It Works? Is no exception to this rule, even with the caveat that writer-director Romi Trower has personal connections to these archetypes through an older brother with OCD, and her therapist mother and aunt with specialities in DID. These don’t matter. What we’re left with, as a result of second and third-hand information in a directoral feature, is the expected package of harmless melodrama and characters that play like built up, inoffensive stereotypes. While we have the reoccurring theme of mental health in our nation’s industry, from 1979’s Mel Gibson drama Tim, Nadia Tass’s 1986 comedy Malcolm to P.J. Hogan’s 2012 entry Mental, Trower’s film is another example of how rare we get films that strip down these complex archetypes and issues to what makes the individual unique in their own right. Assuming we get films like that even in a rare occurrence.

I’m reminded of films such as David O’Russell’s Silver Linings Playbook (2012), a personal adaption of Matthew Quick’s novel of the same name. It has the expected quirks and tribulations of mental health in the bipolar and OCD context, but his characters aren’t reliant on showcasing a safe narrative.

Trower’s characters needed to be more than their propped up ideas of mental health. They needed to emphasise the way in which relationships develop, form and grow in spite of all this, and doesn’t give us the satisfaction of a film without useless conflict and quips that serve as distractions. While colourful drag queens and Melbourne laneways decorated with vivid graffiti are an absolute delight, they only serve the purpose of elevating the quirkiness rather than any greater need.

So, no. While it’s occasionally funny, sweet and harmless, sadly, it just doesn’t work.

What If It Works? Is director Romi Trower’s debut feature film. 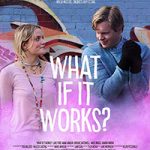 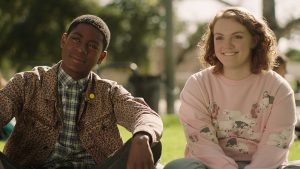 ‘Sierra Burgess Is a Loser’… Or Like the Rest of Us Trying to Find Love? 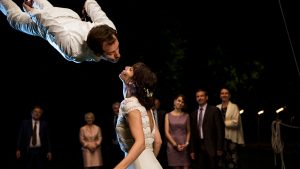 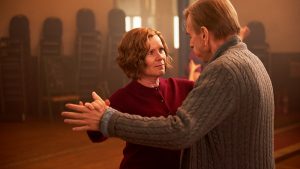