West of Sunshine sees a struggling father try to repay a debt to a mobster while looking after his young son for the day.

Jim (Damian Hill) is a degenerate gambler working as a delivery man. Up to his neck in mob debts, Jim is given until the end of the current business day to repay his massive debt, all while having to care for his son Alex (Ty Perham), who is home on school holidays.

That’s about as deep as the plot gets. The film follows Jim and his son across the length of the day, as he tries to come up with the money to repay his violent creditors. One particular way in which Jim tries to recoup the money is quite shocking (especially with his son in tow), and leads up to one of the more intense, emotionally gripping scenes of the film. Aside from that, there really isn’t much more to West of Sunshine.

The characters of Jim and Alex are built mainly through conversations they have while on the road together, though they don’t go deep enough to really connect the audience with either of them. Sure, there is a believable dynamic between the two actors and their characters, though that could be due to the fact that young Ty Perham is Damian Hill’s actual real-life step-son. Performance-wise, the pair appear to put in their best effort, though they’re not given many opportunities to explore their characters’ range.

First-time Australian director Jason Raftopoulos manages the film’s pacing well, and for a film where not a lot happens, he’s successfully figured out a way to keep the audience engaged – but just. It’s a film where some viewers may be hooked from the get-go, where others might easily tune out during many of the drawn-out shots, that stay on the screen for longer than is required to try and pull an emotional response from the audience. This method can work, but only when the stakes are high. In West of Sunshine, the stakes never get high enough to leave the audience deeply invested.

A commendable effort for a first-time filmmaker of a small, low-budget film, West of Sunshine has a story, and themes with universal appeal. What the film was missing was more of everything – more drama, more suspense, more intrigue, more style – more development on all fronts.

The film is Ty Perham’s first on-screen performance with no previous training as an actor. 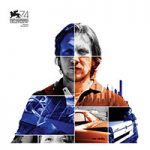