From renowned director Robert Zemeckis (Back to the Future trilogy, Cast Away) comes his new film Welcome to Marwen starring Steve Carell.

After a violent gang attack leaves Mark Hogancamp (Steve Carell) traumatised, he finds refuge in creating another world through building lifelike miniature settings of his own life and creating the people around him into doll figurines.

It’s here the film appears to dive into a fantastical journey as Mark begins to imagine himself into the world he’s created (also appearing as a doll himself), and thus finding the courage to face and conquer his fears to once again lead a normal life.

The effects look first-rate as Robert Zemeckis has a fine eye for detail and the imaginary world we’re given a glimpse of only entices you to want to see more of it.

It also seems to be a perfect role for Carell, who can juggle both drama and comedy very well as he’s proven many times before with the likes of Little Miss Sunshine (2006), Dan in Real Life (2007) and most recently, Battle of the Sexes (2017).

It was also announced recently that Zemeckis would be helming a remake of the classic 199o kids’ film The Witches, based on the Roald Dahl book of the same name.

Amongst all the superhero and blockbuster films, it’s nice to see something come along that is a little different, but still retains a big imagination.

The film is due out in cinemas on 21 November 2018, check out the first trailer and poster below. 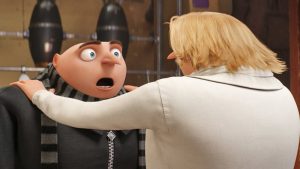 ‘Battle of the Sexes’ – Trailer for New Emma Stone Comedy 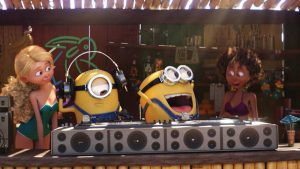