‘In a Valley of Violence’ – Trailer

Finally, a trailer for Ti West’s new film In a Valley of Violence starring Ethan Hawke and John Travolta has been released.

This film has felt like it’s been in production forever, and after already having screened at some film festivals earlier this year, it looks like there’s a release date at last – 21 October 2016 (in the USA at least).

In a Valley of Violence is a Western film and follows Ethan Hawke’s character Paul, who is forced to fend for his life after getting into an altercation with a towns-person.

Going by the trailer, the film looks like it will be classic fit for the genre, with gunfights, themes of revenge and a bunch of colourful characters.

This is director Ti West’s first foray into a genre other than horror, after having carved out an impressive horror career already with films like The Sacrament, The House of the Devil and The Innkeepers – all great films.

It’s fair to say though that the trailer is not giving a lot away, and knowing West there will be some shocks in the full film.

Travolta has been in a run of bad films over the last few years, so I hope West can get the most out of him for this film and judging by the trailer so far, his performance looks pretty good.

Check out the trailer and poster for In a Valley of Violence below and we’ll keep an eye out for a local release date and post it here once it’s available. A mysterious stranger and a random act of violence drag a town of misfits and nitwits into the bloody crosshairs of revenge. 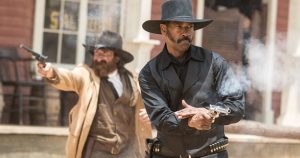 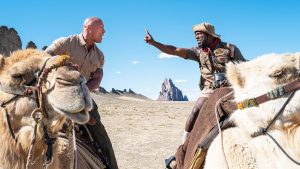 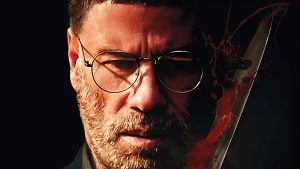 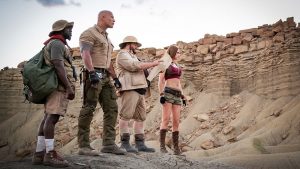 Roles Get Swapped in Awesome First Trailer for ‘Jumanji: The Next Level’