‘The Roads Not Taken’ Review – A Journey Into Mental Illness

The Roads Not Taken follows Leo (Javier Bardem), a divorced writer living in a shonky apartment in New York, overlooking the subway tracks. Sadly, Leo is more of a ‘was’ than an ‘is’. He suffers from early-onset dementia that has nearly completely erased the man he used to be. When we first meet him, he is laying in bed, looking almost comatose. He seems unable to move or do anything else other than mumble unintelligible words. Leo’s body is in his bedroom, but his mind is elsewhere.

In his demented mind, he finds himself in two alternate realities, in places he had been in the past but left. Lives he could have lived but didn’t – these are the roads not taken. In this state, Leo doesn’t know where, or who he is with. He keeps mumbling the name of his first love, Dolores (Salma Hayek), a passionate woman he met in his native Mexico before immigrating to the USA. Leo also sees himself on an island in Greece. It’s a place he visited on a trip he took to find inspiration to finish a novel and also escape from his paternal duties with a newborn baby girl. This is a perilous dissociation, as he wanders the dangerous streets of the city that never sleeps, late at night, believing he is somewhere else.

The Roads Not Taken is a new drama film by Sally Potter. The story follows Leo and his amazingly patient daughter, Molly (Elle Fanning), who picks him up to take him to do some ordinary chores. They have to go to the dentist and the ophthalmologist, but with Leo’s condition, this is easier said than done. Molly tries hard to keep her composure as things twist and nothing goes as planned.

Molly appears to have an endless amount of patience towards her senile dad. She is stoic, brave, and calm, but she eventually loses her temper. She cannot stand to see how everyone talks about Leo as if he was merely an object and as if he was not there. She reproaches those who dehumanize her dad, including her mum, Leo’s ex-wife (Branka Katic). Molly is extremely caring and doesn’t want to accept that the father she once knew is probably gone. Molly keeps hoping that Leo is still “there”. But is he? It’s hard to know.

Nevertheless, Molly doesn’t give up and desperately tries to make sense of the gibberish her father says. After seeing her dad do many crazy things (such as hitting his head on a street pavement or peeing his pants), she eventually cannot take it anymore. In a strong turning point in the movie, she finally recognizes that she “can’t pretend anymore”. She admits that she cannot understand what her father says. From that moment on, she will have to reconsider her life choices and make difficult decisions regarding Leo. The ideas behind The Roads Not Taken are interesting, especially because Potter experienced something similar to what we see in the movie herself. Her brother died from early-onset Alzheimer’s, and she cared for him. However, the film in general feels too long, and its rhythm too slow. This is not an entertaining movie, it’s depressing and hard to watch. Yet, both Elle Fanning and Javier Bardem deliver superb performances, and that gives the movie extra points. Fanning is deeply touching in her emphatic and compassionate regard to her ‘Papa’. She is very empathetic. It’s truly heartbreaking to see how hard she tries to help Leo and how hard it is for her to repress her tears.

Spanish actor Javier Bardem doesn’t have an easy character. Once a true Casanova (in 2008’s Vicky Cristina Barcelona or 2010’s Eat Pray Love, for example), it’s shocking to see Bardem depicting someone so wasted away. Pale, childlike and confused, jumping in fright at the noises of the city and making guttural sounds; Leo is a tormented and broken man, a prisoner of his own mind. Bardem portrays this character with accurate perfection. His blank stare and his glazed eyes staring at nothing are quite perturbing.

It’s not the first time Sally Potter has worked with Elle Fanning, previously having directed the young actress in Ginger & Rosa (2012). 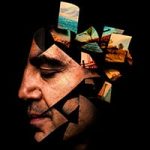