‘The Peanut Butter Falcon’ is a Big-Hearted Film – Review

Zak is twenty-two years old and wants to be a pro-wrestler, but there’s a problem. Zak has Down Syndrome. He’s also stuck living at a nursing home and has just been labeled a flight risk.

Tyler (Shia LaBeouf) has stolen from the wrong crew and is now on the run. When he links up with runaway Zak (Zack Gottsagen), the unlikely duo set out to accomplish Zak’s dream of pro-wrestling just like his idol, The Salt Water Redneck (Thomas Haden Church).

Set against the watery backdrop of Southern Georgia, The Peanut Butter Falcon tracks Tyler and Zak as they weave their way south to a wrestling school, staying off main roads and building a raft to float down the river. They’re followed by Eleanor (Dakota Johnson), a support worker from Zak’s nursing home, plus the much more dangerous Duncan (John Hawkes) and Ratboy (Yelawolf), who are intent on reclaiming their losses from Tyler. What starts out as a story of two people attempting to escape their respective situations turns into an endearing narrative about redemption, healing trauma and choosing one’s own family.

While the premise of the film, that of two very different people finding themselves flung together on a life-changing journey may be becoming increasingly common, the obvious care, attention, and energy dedicated to this film makes it shine. This likely comes from the fact that debut directors Tyler Nilson (a former hand model) and Michael Schwartz (a commercials editor) wrote the screenplay for their friend Gottsagen to star in (the character Zak is built out of Gottsagen’s personality). With no connections to Hollywood, the pair relied on grit and the goodwill of strangers to complete the project and achieve their friend’s dream.

The very obvious friendship between LaBeouf and Gottsagen translates magnificently onto the screen. The chemistry between the two men is infectious. With no attempt made to sugarcoat Zak’s experience living in a prejudiced society as a person with Down Syndrome, the film hits hard. That’s not to say this film isn’t also lighthearted – there is plenty of goofiness and splendidly chaotic plans peppered throughout.

While Gottsagen without a doubt steals the show, LaBeouf is powerful as he wrestles internally with the fatal consequences of his past actions. He balances a rough exterior and a soft, caring center with well-controlled nuance. Johnson is also a gem to watch as the overly concerned Eleanor who has more to learn from Zak and Tyler’s friendship than she thinks. The addition of Thomas Haden Church as a washed-up pro wrestler is hilarious.

Guaranteed to keep you on your toes and warm your heart, The Peanut Butter Falcon is set to become an audience favorite.

On July 30, 2019, the Ruderman Family Foundation honored The Peanut Butter Falcon feature film with its Seal of Authentic Representation for accurate depictions of people with disabilities. 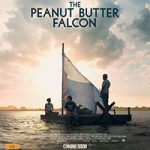 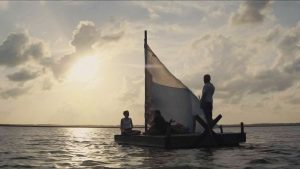 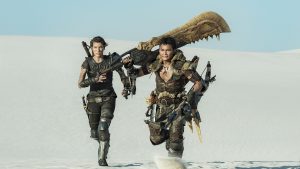 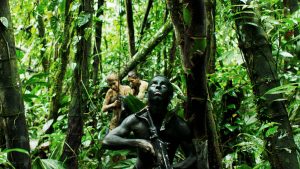 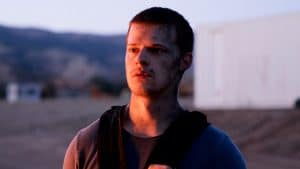