By Nick Janks in Reviews 5 years ago

Franchise-leading frontman Vin Diesel stars in this latest attempt to bring witch mythology to the big-screen, however Diesel’s star power is not enough to carry this poor action-blockbuster film.

Diesel plays Kaulder, the last witch hunter. He was cursed with immortality by the Witch Queen before offing her some 800 years ago. The story picks up in modern day New York, where Kaulder now belongs to a secret society called the Axe and the Cross, whose job is to keep the peace between witches and humans (who have been feuding for centuries). Kaulder’s right-hand man Dolan 36th (Michael Caine) is set to retire, which leaves him with a new number-two, Dolan 37th (Elijah Wood). Along for the ride is also a young witch called Chloe (Rose Leslie). After discovering that the Witch Queen is set to be resurrected, the trio are forced to go on a quest to stop that from occurring and save the world.

It’s a fairly basic premise with some convoluted plot points, which is rather unnecessary for a film like this. The filmmakers make a good attempt at setting up the universe, but it lacks anything unique or intriguing enough to wow the crowd. The characters unfortunately also lack any depth to resonate with the audience.

The film’s action sequences are done well but they are also very effects-heavy. They sometimes work, however with such an overload, it’s very easy to spot poor execution when it occurs. The action, coupled with some witty humour throughout provide the little entertainment value there is in the film.

Diesel is good in his role but it’s hard to take him seriously. You can’t help but picture Dominic Torreto (His character in the Fast & Furious franchise) every time he’s on the screen and that doesn’t help in immersing yourself in the film. Ideally Diesel should look for roles that drastically separate him from the archetypal characters he’s played in the past. Michael Caine, Elijah Wood and Rose Leslie also all do the best they can with their characters. It’s a nice cast, just not for this film.

The Last Witch Hunter is essentially a B-grade horror-action film with some big names, that would have best been suited as a straight-to-video release, rather than an attempt at building a new franchise – that’s seemingly set to fail.

The Last Witch Hunter 2 was announced prior to the film’s release, however after poor box office returns and disastrous reviews, the sequel is now in doubt. 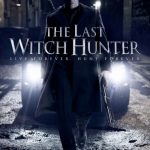