The Dark Knight is the follow up film to the smash hit Batman Begins and it improves on that film and the Batman franchise in leaps and bounds.

The Dark Knight is an action packed blockbuster with a deep psychological edge to its story. It is a very dark film, at times even scary – definitely not one for kids. The film begins with an intense heist scene and keeps the viewer on the edge of their seat right up until the closing credits.

The story follows Batman (Christian Bale) as he works in co-operation with police lieutenant Gordon (Gary Oldman) in bringing down the mafia families by attacking their financial resources. District attorney and Gotham city’s new poster boy Harvey Dent (Aaron Eckhart) is determined to clean up Gotham’s streets, to the dismay of mafia families and new criminal – the Joker (Heath Ledger). The Joker is a psychotic criminal, physically and equal parts mentally disfigured, the Joker wreaks havoc and chaos forcing Batman to question his protective responsibility to Gotham city and those closest to him.

The film’s finest points come in the scenes with the Joker. Heath Ledger’s portrayal is phenomenal, hardly being able to recognise the actor under the make up throughout the film. He plays the Joker the way the character was meant to be played, as a menacing, psychotic killer. Just watching him in this role can give the viewer an uneasy, eerie feeling. Bale is once again excellent as the flamboyant Bruce Wayne and troubled Batman. Aaron Eckhart and Maggie Gyllenhaal as Harvey Dent and Bruce Wayne’s former love interest Rachel Dawes are both great in their respective roles – especially Eckhart as he begins the film as a noble character and slowly turns sinister.

The action and special effects in The Dark Knight are outstanding. The film’s cinematography and score are excellently crafted to retain a ‘dark’ theme throughout the film. All this is further magnified on the IMAX screen as there are also a handful of scenes shot on IMAX cameras, which is truly superb to behold on the massive IMAX screen.

Overall The Dark Knight has hit the pinnacle for comic-book movie filmmaking, is intense from start to finish and will certainly be hard to top this year both at the box office and for its critical acclaim, definitely the best film of the year so far.

While the movie was filming a chase scene on Lake Street, the Chicago Police Department received several calls from concerned citizens stating that the police were involved in a vehicle pursuit with a dark vehicle of unknown make or model. 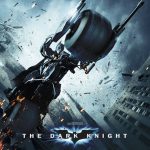