The Curious Case of Benjamin Button is a heart-felt story of a man born in his eighties and follows his life as he ages backwards. Throughout the course of the film, Button (Brad Pitt) faces the struggles of making and losing loved ones as he embarks on life adventures whilst growing young.

The film is loosely told in a similar style to Big Fish as we open with Daisy (Cate Blanchett) lying on her deathbed, while her daughter reads segments from Button’s journal as Daisy reminisces of her life and experiences with Button. Directed by David Fincher, the film contains equal parts fantasy and drama along with an intriguing story but at over two and a half hours long, at times tends to drag on. Fincher’s style is a bit gloomy, giving the viewer a sense of sadness for the characters throughout the film, though Button’s character seems to remain optimistic given his unusual circumstances. The make-up and set design of this film is magnificent. Pitt looks entirely convincing as his age ranges from an eighty year old man to his late teens later in the film. The set takes us from WW1 era New Orleans, through to the present time with all era’s being properly defined through the set design.

Brad Pitt is exceptionally good in this film. He plays Button with a brave attitude throughout the film however you can see the deeper emotion of the character seeping out through his eyes and facial expressions. Though his portrayal is convincing, this style does get a bit tiresome over the later stages of the film. Cate Blanchett and Tilda Swinton both put in fine performances as Button’s two love interests in the film.

This is an emotionally charged film that works on many different levels. It has a great dramatic story, with bits of humour, romance and fantasy. The performances are all above par and the direction is outstanding. The film, its stars and director will most certainly receive nods at the Oscar’s with this film. Pitt should deservedly get a nod, as this is one of his finest works to date.

During one scene, Benjamin can be seen reading Walter Scott’s “Ivanhoe” which is also the name of the Melbourne suburb where Cate Blanchett (Daisy) grew up. 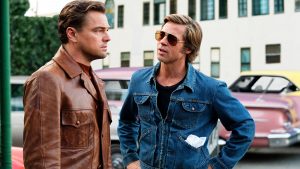 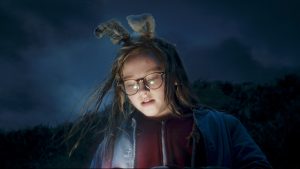 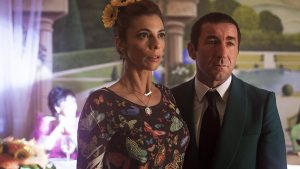