Daniel Burman’s The Tenth Man is a heartfelt comedy set within a lively, old Jewish neighbourhood of Buenos Aires, known as the Once district. Burman’s script is both tight and witty, and when paired with the raw and gritty shots of chaotic city streets and local merchants, the film is given a distinct and captivating documentary feel.

The film opens with a New York economist, Ariel (Alan Sabbagh), returning to his hometown in Buenos Aires to visit his father Usher (Usher Barilka), who acts as the surrogate father and caretaker of a local Jewish benefit foundation. Upon his arrival, Ariel is thrown into the pandemonium of the foundations day-to-day routine, running errands his father asks him to take care of over the phone, with Usher seemingly too busy to see his son whilst he is over to visit.

As Ariel struggles to overcome past difficulties that he’s held onto with his father and their relationship, he seeks the company and affection of a modest Orthodox woman, Eva (Julieta Zylberberg), who works and lives at the foundation. Growing deeply frustrated and tired with Usher and his inability to make an appearance for the majority of the film’s duration and his short stay in Argentina, Ariel dives deeper into his religious roots, partly influenced by his admiration for Eva and partly by his legitimate curiosity in the community he has left behind. As we are frequently thrown into scenes which seem extremely authentic, the line between what’s staged and what’s real grows more difficult to tell apart as the film develops. For the seven days that Ariel spends in his hometown during the Purim holiday, we too grow a certain fondness for the people and neighbourhood in which the film is set, Burman knowing full well that the immersive camerawork and dialogue gives the narrative an overwhelmingly sweet and lighthearted tone for its viewers.

The film is a delightful tale of one man’s discovery of community and religion, and the complexity of the sacred bond shared between father and son. Although as an audience we are skeptical as to Usher’s intentions throughout the film, we are left feeling as if his actions were all derived from love and protection for his son.

An Argentinian prize, The Tenth Man is a beautiful depiction of a tight-knit community within Buenos Aires and a celebration of life, love, and most important, family.

The Tenth Man was shown in the Panorama section at the 66th Berlin International Film Festival.

The Tenth Man will be screening at the Jewish International Film Festival (JIFF), for session times and tickets, please go here. 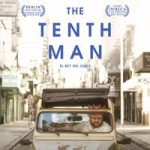