I like to think that I am a child at heart since my eagerness to climb trees and run through sprinklers has not dissipated at all despite me being well into my twenties. However, it seems I’ve got nothing on the guys (and gals) in the new release movie Tag.

Inspired by a true story, Tag follows childhood friends Randy (Jake Johnson), Callahan (Jon Hamm), Jerry (Jeremy Renner), Hoagie (Ed Helms) and Sable (Hannibal Buress), as they play a game of ‘tag’ that began when they were children and has continued on in the many years since.

Each May, the five friends come together to resume their game, making their way across the country and dreaming up new and more extravagant ways in which to tag one another. At the end of the month, the last person tagged must live with the shame of having lost for an entire year until the following May rolls back around, and the game begins once again.

Director Jeff Tomsic and writers Rob McKittrick and Mark Steilen have come together here to create something spectacular. Their inspiration for the film came from a Wall Street Journal article describing the story of a group of men who never stopped playing tag. Tomsic, McKittrick and Steilen have recreated the story through their film, adding in their own unique flair to make for one heck of a humorous retelling.

Accompanied by female leads Isla Fisher (playing Anna, Hoagie’s wife), Annabelle Wallis (playing Rebecca, the Wall Street Journal journalist) and Leslie Bibb (playing Susan, Jerry’s fiance), the cast works cohesively together to breathe life into their characters, into their relationships and into their story. They are hilarious and relatable and though the character development is somewhat sparse, the actors make up for it with their enthusiasm and entertaining camaraderie.

Tag is a light-hearted film with a surprisingly moral twist that highlights the value of friendship and the incredible bond formed between kids who, in growing up, refuse to relinquish a hold of their inner child. We can all learn a beautiful lesson from this movie, and that is to take things in life a little less seriously, with a bounce in our step and a playfulness in our hearts.

The basis of the film originates on a game being played for thirty years. The playground game of “tag” was big during the 1980s. Several movies during the 1980s capitalized off the craze, including Tag: The Assassination Game (1982) and Gotcha! (1985). 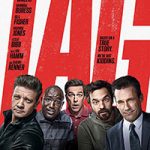 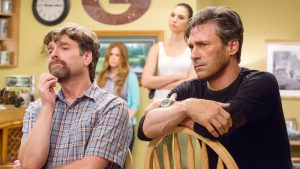 ‘Keeping Up with the Joneses’ – Review 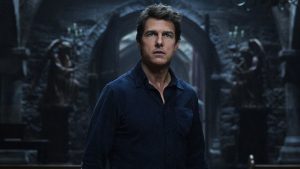 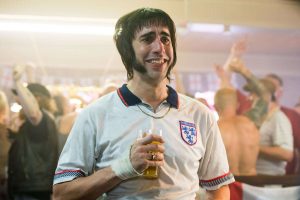