Stanley Tucci and Colin Firth prove they are still masters of their craft in Supernova, a choppy story of love, regret and saying goodbye.

Supernova is one of those films that comes along now and then to serve as a painful reminder of the futility of life and love. It’s by no means an innovative or new concept; in fact, there are more than enough similarities between this and 2019’s Paddleton, a story of two men embarking on a trip, all the while one of them has a terminal illness or condition. Paddleton explored the realistically mundane nature of living in such a dire circumstance. On the other hand, Supernova decides to overload the story with seemingly random diatribes that bafflingly add no real substance.

The movie’s pace allows for some crucial scenes to sink in deeper than if it were a quicker experience, fitting with the theme of the march-of-time going by slowly when something as awful as your partner getting dementia occurs. Tucci brings a great sense of vulnerability that hasn’t been seen in his career for years, a sign of a weathered and maturing actor. His performance is layered with tinges of emotion that, while sometimes overplayed, add genuine heart and soul to this otherwise drab affair. Colin Firth meets Tucci in the more emotional sequences acting as the audience’s perspective into this dying relationship, levelling the acting playing field so that not one of these two veteran actors outdoes the other. Supernova is Harry Macqueen’s second writing/directing credit (his first being 2013’s excellent Hinterland), and he is cementing his style for better and worse. For better, his keen eye for small details among broad landscapes makes the overall visual experience extremely pleasing (the excellent Dick Pope is the man behind the camera). His helming of the tear-jerker scenes and some surprisingly well-implemented comedy act as real positive nuggets within the story.

For worse, his writing needs some work. Scenes tend to drag on to a level that, while certainly acceptable, could be trimmed for time and beefed up with more characterisation, especially for the low impact supporting cast. The pace is the biggest issue, but it is also necessary for the strangely thin plot. It acts as a serviceable ‘couple gets away from it all to find each other’ type of story, which we’ve seen many times prior, done better than this.

Supernova contains some genuine heart-wrenching moments and has a good, albeit bittersweet message regarding the importance of letting go. The overall experience getting to the moral of the story is choppy and very slow going. However, the talent on screen does more than enough to carry the thin plot, and the direction of the emotionally charged scenes will undoubtedly cause a few tears to shed.

Stanley Tucci said that he was originally cast as Sam and Colin Firth as Tusker, but during their pre-filming discussions, they both came to agree that they should switch the roles. 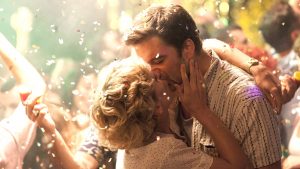 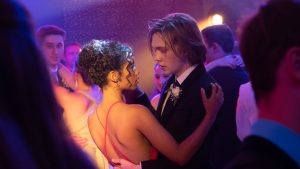 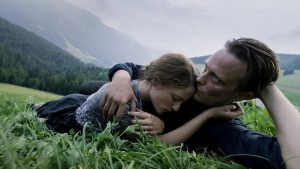