By Luke Banyai in Reviews 4 years ago

Sunset Song is a heart-wrenching character study of love, loss, abuse and courage set around a Scottish family in the early 1900’s that unfolds through the eyes of Chris Guthrie, the eldest and only daughter of a family of six.

This classically theatrical story shows at times the endurance of Chris’ personal highs and lows as she comes of age in a household that is equally full of love and hate. Chris’ older brother Will supports and encourages her, whilst her mother who is caring enough lives under the fear of the man of the house, John Guthrie, played with menacing conviction by Peter Mullen.

What follows is a mostly slow paced but compelling story as we follow the Guthrie family through what can only be described as ‘whatever life throws at you, try your best to hit back’. After the devastating loss of the mother, the family is left to deal with more of the sudden bursts of abuse at the hands of John, with Will protecting the family by purposely taking the brunt of it.

The sole focus of the story is on Chris, played very well by Agyness Deyn. She displays a maturity that is thrust upon her, whilst also maintaining the innocence of a young girl who needs to grow up a little too quickly. Not an easy role, but she pulls it off naturally. But the film no doubt belongs to Peter Mullen. The consequences of anybody’s actions toward him will make you squirm in your seat and dread the repercussions that follow. Even bedridden and near death he is still a deadly threat. This is by no means a light-hearted affair, but it is most certainly uplifting as Chris breaks through each hurdle, including abandonment, heart-break and loneliness. Even though there are people in her life who help and love her, they never seem to stay around very long.

It’s worth noting that the cinematography and costume design are first rate. Every shot is meticulously framed with the Scottish scenery covering you like a blanket.

So if you’re in the mood for an arthouse film with the emotional pull of a steam-train, then look no further than Sunset Song (If you take your partner, make sure you bring along some tissues!).

The exterior shots were shot on 70mm film while the interiors were captured on digital cameras. Luke Banyai
After having seen Sam Raimi’s The Evil Dead at the tender age of 13, it began a love for horror films that eventually expanded into a love for all genres. 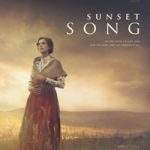