With Tom Hanks and Clint Eastwood on board, Sully had the potential to be an amazing film – on paper. But the final product leaves a lot to be desired.

Sully is the story of the miraculous event that took place in January 2009, where Captain Chesley ‘Sully’ Sullenberger crash-landed his plane onto New York’s Hudson River, saving all 155 passengers on board, making headlines around the world. The film covers the event as well as its aftermath, where Sully is placed under investigation in the belief that he could have landed the plane safely at the nearest airport, rather than onto the river.

The re-enactment of the event is portrayed well and told in various segments throughout the film. However where the film suffers a lot is in its retelling of everything else. The subsequent investigation isn’t very tense, nor do we ever get the sense that Sully is in any real danger of having his reputation and career ruined. The event itself is one that opens up many questions and has the potential for a riveting screen adaptation, but the reality of the incident just wasn’t as interesting as you’d think, and borderline boring.

The film depicts the events in a factual style, which is its biggest issue. Had this film fictionalised the events for dramatic effect, then it would have possibly made for a more thrilling experience, but rather we are subjected to seeing what took place in a non-sensationalised way. This style may still work for some, but anyone expecting to be wowed by this story will likely be disappointed. The direction by Eastwood is fine when you consider his wealth of experience, though it’s far from his greatest work. He does keep you engaged throughout the film, but struggles with the drama. Tom Hanks is a little underwhelming, mostly just phoning in his performance, however Aaron Eckhart does a commendable job as his co-pilot Jeff Skiles.

RELATED:  'La Verónica' Review - Quest for Social Media Influence at its Most Pitiful

The main characters in the film were largely one-dimensional, with no sight of them having any faults. We do get a glimpse of some of the torment Sully experienced after the event, but it was unfortunately never explored in-depth. All we really know about the character is that he’s an experienced pilot of over forty years and not much else. The film does give some information into his background in the form of flashbacks, but we needed more to understand the inner workings of the character, and see how he came to be so courageous and cool-headed under extreme circumstances.

If Sully were a television feature film on the Hallmark Channel, it could be classed as amazing. As a film with an acclaimed director and lead actor, with a fascinating story, it fails to hit the mark. There will still be many out there that will enjoy this film and be pulled in by the events that take place in the film, however do not expect to be on the edge of your seat at any point in the film.

This is the second time Tom Hanks has portrayed a real life person where the events took place in 2009. He previously portrayed Captain Phillips in 2013, who was taken hostage by Somali pirates in April 2009. The events in this film took place in January 2009. 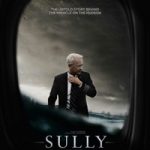