Check out the latest spooky trailer for the James Wan-produced Annabelle: Creation, featuring the creepiest horror-movie doll since Chucky.

Chucky is legendary as far as horror-movie villains go, though Annabelle sure gives him a run for his money.

Annabelle: Creation tells the origin story of the titular evil doll; created by a dollmaker after the tragic death of his daughter.

His creation becomes possessed by an evil spirit that subsequently goes on to torment a nun and her group of young orphans, that have been welcomed into the home of the dollmaker and his wife.

I’m not certain what year the film is set in (early 50’s maybe), however the period-vibe the film has going definitely adds to the horror.

Couple that with the supernatural elements, and Annabelle: Creation could indeed make for a spooky modern horror film.

The film is the sequel to the 2014 spinoff film Annabelle, and is based in James Wan’s The Conjuring universe (Wan produces here).

Whether or not you find these films scary, it’s good to see horror films leaving their mark on mainstream cinema, as there should be more.

The film is directed by David F. Sandberg and stars Aussies Miranda Otto and Anthony LaPaglia.

Check out the second trailer below, before the film hits cinemas on 10 August 2017.

What do people think of the Conjuring shared universe of films being developed? 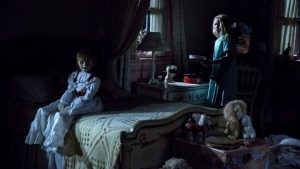 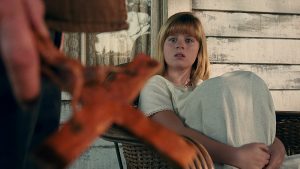 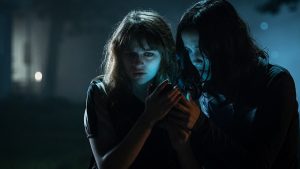