‘Spitfire’ Review – An Enriching Documentary on the Famous WW2 Plane

Spitfire is a documentary about the famous single-seat British fighter aircraft that was used by The Royal Airforce and other countries before, during, and after World War 2.

It would be easy to expect this historical documentary to be a bland story about a plane that is appreciated only by a niche group of enthusiasts but in fact, Spitfire is brought to life by the people who made, flew and delivered the craft.

During the war, it was an essential component to Britain, as to win the war would have been impossible to do without it. Documentarians David Fairhead and Ant Palmer, much like a Spitfire doing stunts in the sky, have managed to weave an intriguing story of battle, death and ultimately, of victory that changed the history of the world.

The juxtaposition of archival and sublime current footage, interspersed with interviews from fighter pilots, aircraft makers and RAF plotters makes for an enriching and vibrant retelling of a trying time in history, not forgetting that many of the people involved were young adults (some had just turned 18) with the freedom of the world resting on their shoulders. The portion of the film devoted to highlighting the role women had to play in the Spitfire’s journey was especially enjoyable. From manufacture and design to flying these warcrafts, some 22,000 Spitfires were delivered to airfields due to the flying prowess of women.

Although this documentary is primarily concerned with revealing the wonder of a revolutionary machine, it is also a story of freedom. Interest in aviation isn’t necessary to enjoy this film. The death-defying stories and the way in which the stories are told really resonate, creating a romanticised view of the Supermarine Spitfire.

Like anything to do with war, death is an inevitable part and this is no exception. People lost their lives for millions more to live and this is tastefully remembered in the film. The Spitfire is an enduring symbol of hope and the famous British stiff upper lip, which persevered in times of great uncertainty.

Geoffrey Wellum passed away three days after the release of this film. Mary Ellis passed away six days later. 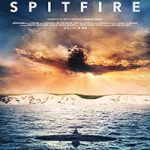