Spider-Man: Homecoming is the reboot we needed. In the hands of Marvel Studios, the web-crawling hero is as exciting and fresh as ever.

Where 2012’s The Amazing Spider-Man was basically a rehash of the more superior original film from 2002, Homecoming differs from both by completely scrapping any semblance of an origin story, picking up Spider-Man’s journey directly following the events of Captain America: Civil War (2016), when Tom Holland’s version of the character their debuted. That introduction gave giddy fans just enough of a taste of what to expect from the new Spider-Man, and after watching Homecoming, it’s fair to say they won’t be disappointed.

Much of the enjoyment factor in this film comes from the exceptional performance by Tom Holland, who has taken Spider-Man/Peter Parker’s character traits and made them his own, but with a youthful exuberance we’ve yet to see in other portrayals of the character. He’s helped along by his young co-stars in Jacob Batalon, who plays Parker’s scene-stealing best friend Ned, Laura Harrier, as his love interest Liz, and Zendaya as his friend Michelle, whom only has a small role, but a subtly prominent one. These four young stars (as well as the rest of Peter’s high-school troupe) could have carried the film on their own, even if it were a basic teen-movie without the superhero angle. The high-school teen-movie setting Spider-Man: Homecoming is based in is a new direction for the character’s cinematic outings, and it works really well.

Further helping the actors portray some memorable, relatable characters is director Jon Watts, who along with his creative team have delivered some quality material here. The script is charming, funny, and witty. Spider-Man: Homecoming has a generally light tone, but Watts balances it enough to not overly swing way or another. Watts finds the middle ground somewhere between brooding, emo-Spider-Man and hipster Spider-Man, which feels like the perfect place for the character to be. He’s torn between the responsibility he feels he has towards protecting his city, and the responsibility to be a good friend to his fellow classmates, without being too overly dramatic about it. The film is as much a coming-of-age story about a teenager juggling the different facets of his life, as much as it is about a superhero out to stop a super-villain from wreaking havoc in his town. Marvel has faltered in almost every movie they’ve released with their depiction of weak villains; weak in the sense that their villains do not give us enough to be able to resonate with them emotionally. Why would you want to? You may be asking. Well a hero is only as interesting as their rival. In this instance, we see the fantastic Michael Keaton play the role of Vulture as the film’s key villain. As has been the trend, we are shortchanged on the character development front for his character, however, he is a much more relatable villain than any we’ve seen before in the Marvel Cinematic Universe. Keaton’s Vulture is a blue-collar, working class man who has turned to crime for the most fundamental of reasons – to provide for his family in tough economic times. Is turning to crime the best answer? Well of course not, and we only get a glimpse of what got him to that space, leaving us wanting more. Thankfully, Keaton’s presence in the film somewhat makes up for the villain shortcomings in this one.

Spider-Man: Homecoming is the film The Amazing Spider-Man should have been. Marc Webb and Andrew Garfield delivered an entertaining film and a commendable portrayal of Marvel’s most popular superhero, but it was nothing we hadn’t seen before. Sure, Homecoming relies on standard film tropes as do most blockbusters, but it’s the combination of excellent handling of the film’s pace and beats by Watts, the relatable characters, the great performances, its humour, and some cool set pieces that really invigorate this third effort of a Spider-Man film series.

Tom Holland is the youngest actor (at 19) to be cast as Peter Parker/Spider-Man. His predecessors, Tobey Maguire and Andrew Garfield, were 25 and 26, respectively, when they were cast. 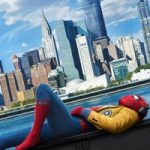