‘Spider-Man: Far From Home’ Delivers the Goods on All Fronts – Review

It’s always a great joy to see a film sequel surpass the original and Spider-Man: Far From Home does that on virtually every front.

Peter Parker (Tom Holland) is set to head on a school Euro-trip with this buddies, however, the responsibilities assigned to his alter ego Spider-Man will refrain him from simply enjoying his trip while trying to win over his crush, MJ (Zendaya). Nick Fury (Samuel L. Jackson) seeks Spider-Man’s aid to stop a new threat, the Elementals, from destroying Europe and will stop at nothing to get it. There’s a new hero in town though, with Mysterio (Jake Gyllenhaal) stepping up to stop these new villains on his own. Nevertheless, Spider-Man is forced into working with Mysterio and the two team up to save the day. There is more to the plot, but it won’t be mentioned here due to spoilers, and Far From Home is best gone into spoiler-free.

The classic Spider-Man adage ‘With great power comes great responsibility’ is a heavily focused-on theme in this film. The hero is torn between wanting to live a normal life as a teenager with his friends, but his superpowers render him an asset to the world-saving club comprised of the likes of the Avengers. No matter how hard Peter tries to avoid his newfound responsibility, something or someone finds a way to draw him back in. It’s the superhero’s curse in a way, as while Spider-Man appears content to not contribute his skills in some circumstances, it’s when his friends and loved ones become at risk that he’s forced to step in and do what’s required of him. It’s also somewhat of a tired trope with these characters, though that doesn’t take anything away from the enjoyment of the film.

Far From Home is more than just your regular superhero film. It’s also a teen-movie that focuses heavily on the teen-romance aspect of Peter and MJ. This side of the film is charming and consistently funny and could have worked on its own had the superhero elements been stripped out, which is a testament to the writing team who nail the witty dialogue and director Jon Watts, who makes it all come together superbly. The film moves at a quick pace, without a dull moment. Some of the early action in the film feels a little generic at times, but it’s serving its purpose to build up to a larger thread and the humour interjected throughout and in-between these scenes does enough to keep the audience engaged. When the film picks up steam in its second half, audiences are treated to some entrancing action sequences that feature some amazing visual effects. The filmmakers appear to have really tried to push the boundaries of where they can take these set pieces and have delivered with some excellent quality work.

Tom Holland is once again excellent as Peter Parker/Spider-Man and we get to see a lot more of his friends Ned (Jacob Batalon) and MJ in this film, their characters being fleshed out, even more, upping the stakes a touch. Jake Gyllenhaal is fantastic as Mysterio and you can tell he’s really put everything into the character. Mysterio does tend to suffer a bit based on the fundamental motivations that drive his character, which has been an issue with Marvel villains from day dot, however, Gyllenhaal’s performance makes up for those flaws.

The film is not entirely without flaws; there are a few plot holes that are often masked by the film’s humour as well as all its colourful flashing lights. Despite that though, Spider-Man: Far From Home does everything else well. It’s funny and charming and exciting all at once and if its any indicator as to the direction the MCU is going in its next ten years, then fans should rejoice. 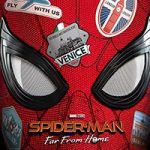 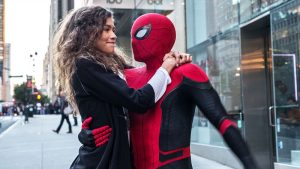 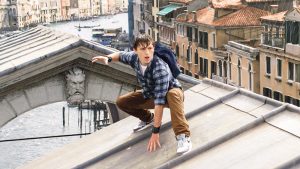 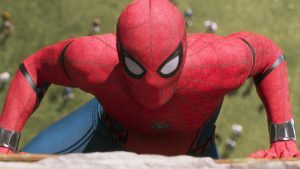 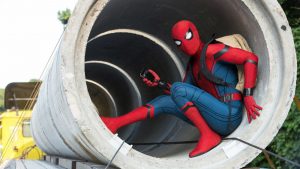