It was a humid day in Melbourne and I was glad to get inside the cinema to watch the premiere of The Snowman, hoping the air-conditioning would be as freezing as the evocative visuals of director Tomas Alfredson. Particularly those stark, stunning shots of the wintery Norwegian snow-covered hills around Oslo and Bergen, as advertised in the film’s trailer.

As far as luscious snowy imagery went, I wasn’t disappointed. Surrounded by a cinema filled with men and women enjoying their chilled choc-tops, sipping my own Bundaberg rum and ice – the narrative of The Snowman didn’t taste quite as sweet.

The film is based off the hard-boiled detective paperback series by Jo Nesbø, a popular Norwegian writer. I haven’t read the series, and crime is generally not my niche genre, however I’ve seen enough of the staple catch-the-serial-killer psychological-thrillers to know intuitively what makes that form appealing. The Snowman met some of these classic tropes, sometimes bordering on the cliché, but failed to incorporate other essential, expected hallmarks of superior forerunners.

The film centres around one particular case of Detective Harry Hole’s, played by a suitably solemn Michael Fassbender; your genre-cliché, alcoholic, burnt-out detective with relationship problems, a son who barely knows him, and a bitter ex-wife. From the outset, the film established a strong contrasting visual of white snow and black shadow – which was early evidence that the visual prowess was a heavier focus for the director, than the finesse of the storytelling. The film sets up a lot of genre expectations which weirdly fail to pay off. Straight up, within some of the earliest establishing scenes, Detective Hole and his female partner, Katrine, played by Rebecca Ferguson, explicitly state that the serial kidnapper and killer they are investigating only commits his crime when it is snowing. The promotional posters for the film also advertised this concept as important: ‘Soon the first snow will come… And then he will kill again’. You would naturally expect this to be explored later in the film during the climactic killer’s reveal, however this is just one of the audience expectations which are totally subverted to unsatisfying ends in this ineffectual story. This could possibly relate to the rise in Islamic Terrorism and other forms of extremism as a greater point of fear than the lurking serial killer, in the subconscious of cinema goers and directors. Nonetheless, those movies established many common themes which The Snowman attempts to resuscitate. Traditionally, these movies aimed to give insight into the ‘mind of a monster’, or highlight real forensics, or at the very least the type of crime-solving which lead to the killers capture. Whilst the ‘cat and mouse’ style chase of detective and killer is well played out, The Snowman has more in common with the spy genre than the aforementioned films, utilising Agatha Christie-style twists in its list of suspects, and portraying a camp, super-villain style killer, fitting more with M. Night Shamylan’s Split (2016) than its pre-contemporaries.

A lot of the tropes are recycled, like the killer’s taunting letter: ‘Mister police. You really could freeze to death that way…’ written in childish handwriting, which stems from true crimes of the 1970’s, i.e. Manhattan’s ‘Son of Sam’ or the ‘Zodiac killer’, both of whom wrote similar letters taunting the press during their murder sprees. Then there is the film’s purposefully iconic snowman, which the killer builds at the scene of his crimes. This wouldn’t have been such an unfortunate choice were it not for the campy delivery of Alfredson’s directing, which goofily evokes the emoticon-face of the 2012 horror movie, Smiley. The sinister doctor, Idar Vetlesen (David Dencik), makes for a traditionaly creepy suspect, but without spoiling the ending, the killer reveal is entirely too deus-ex-machina, the detective work is not nuanced or relatable, and none of the clues set up to satisfying reveals.

There are some memorable performances however. Val Kilmer does an interesting, albeit unintentional Nick Cave impression as the other burnt-out detective working the case in Bergen. J.K. Simmons once again shows the breadth and versatility of his acting abilities as the corrupt Mayor of Oslo, Arve Støp (although I still can’t help hearing ‘Bring me pictures of Spider-man!’ whenever I see his comical face).

All in all it’s probably worth seeing this movie merely for the scene where Michael Fassbender does a rather elaborate and stomach-churning donkey impression. Hee haw!

Director Tomas Alfredson admitted the film was flawed — citing the production time being too short which ultimately led to important elements of the plot from Nesbo’s novel being omitted. 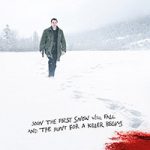