Osamu (Lily Franky) is an opportunistic man with a glint in his eye in the award-winning Japanese drama, Shoplifters.

He initially seems to be the head of a family consisting of himself, his wife, a teenage daughter, her younger brother and their grandmother. They live together in a tiny, cramped apartment. Although both Osamu and his wife Noboyu (Sakura Andô) have jobs in labouring and laundry work, they make a lot of their income from daily stealing opportunities and expeditions. Osamu utilises his son Shota (Mayu Matsuoka) to steal things and they are quite effective as tag team shoplifters. The teenage daughter Aki (Mayu Matsuoka) earns her keep in the local soft porn studio, while Hatsue (Kirin Kiki), the grandma, has her own methods of cunning that help her survive.

On a freezing winters evening, Osamu and Shota find a little girl, Juri (Miyu Sasaki), hiding in the street. They take pity on the tiny child and bring her home to feed her. She has scars and when they try to bring her home, they realise she is from an abusive household. Osamu and Noboyu decide to raise her as their own. They shower her with love and she embraces the family fully. 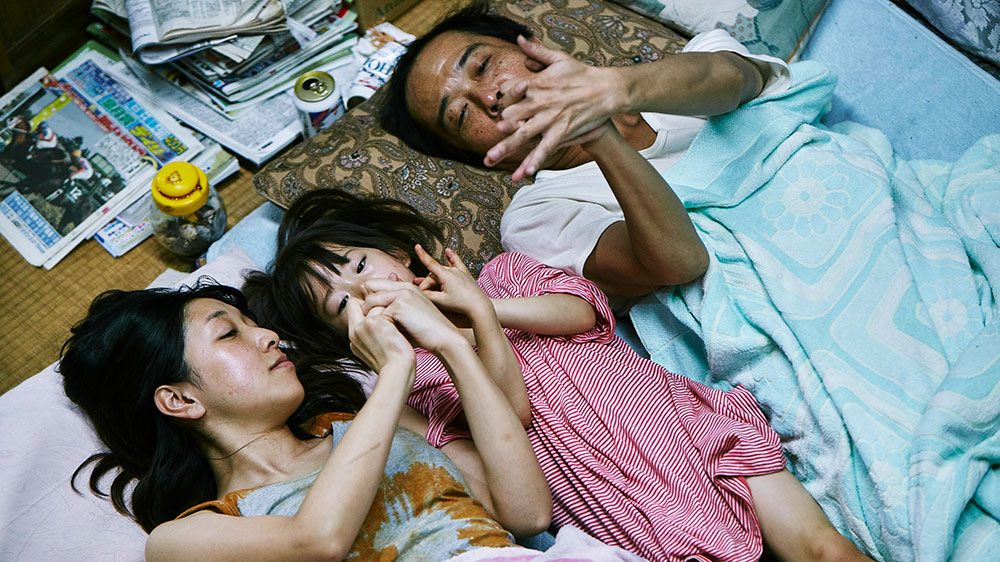 As a viewer, it is easy to forget that Osamu’s decision to take Juri in was not a completely selfless one. He plans to train her as he has trained Shota, to shoplift with him, which involves the intricate hand gestures letting him know when she has selected her desired item to steal. It slowly leads you to the bigger picture, that nothing is as it seems to be. Juri has been stolen by Osamu, much in the way he has stolen everything else. This ‘family’ is not a family in the traditional sense and they all go to great lengths to conceal who they really are.

Written and directed by Hirokazu Koreeda, Shoplifters won the Palme d’Or at the 2018 Cannes Film Festival and it is easy to understand why. Although at times, they struggle to make ends meet on their meagre wages, Osamu and his family are a mild and understated reflection of lower-class Japan. This is a story of a band of misfits who are surviving together due to either their own bad decisions or against their will, as they hustle and hide day to day. But in their hiding place, they evoke a warmth apparent in the subtle conversations, the gentle body language and loving smiles. Scenes connect seamlessly and the cinematography is wonderful. This is a sad but satisfying film.

Shoplifters is the final film of Kirin Kiki before her death in 2018. 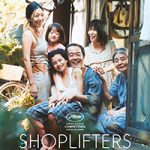