Love Knows No Bounds in ‘The Shape of Water’ – Review

A rare water-dwelling creature is brought into a secret government lab in Baltimore for testing, in an effort to gain an advantage over the Russians by the Americans in the Space Race. Elisa, one of the lab’s janitors, forms a close bond with the creature that sets off a chain of events that involve drama, action, comedy and romance, set to a well-imagined and superbly photographed 60’s era USA backdrop, with the classic del Toro dark-fairytale sheen.

The Shape of Water features all the elements that have cemented del Toro as one of modern film’s most coveted directors; the stunning visuals; the excellent casting and performances; the heartwarming story, and a childlike charm that underpins the narrative. Del Toro has the unique ability to lull you into a sense of hope with an optimistic outcome for its characters, before quickly bringing things back down to earth. The film consistently features these tonal shifts, having you laughing one minute, gasping in shock the next, then breathing a sigh of relief, before repeating. It’s these shifts in the narrative tone that locks the audience in from start to finish. The film looks amazing from a visual perspective, with its grim, vintage setting almost becoming a character unto itself. It complements the costume and creature design of the film’s amphibious character perfectly, played in an expert fashion by del Toro’s long time collaborator Doug Jones. The performances are outstanding across the board, however Sally Hawkins steals the show as the film’s mute protagonist. Even though her character can’t speak, Hawkins conveys each and every emotion needed from the character better than most speaking actors can in a lot of films set in the fantasy landscape. Michael Shannon’s villainous government agent Strickland serves as the ideal counterweight to Hawkins’ character, from an actor that was seemingly born to play the cold, menacing type.

The Shape of Water does not feature a very original story, and the film’s prominent theme of love knowing no boundaries, while gallantly displayed, is quite frankly, disturbing. Inclusion as a theme between the love of individuals of different races, colours or creeds is an important one, though the inter-species love featured in this film may be unsettling to some audience members. Nevertheless, the film does a great job at forging an emotional connection between the audience and its characters, and del Toro soon has you looking past any of your potential discomfort. Forming that elusive emotional bond is one of the hardest things to achieve in modern cinema, but del Toro does so swimmingly, making this film one of the best in his repertoire. 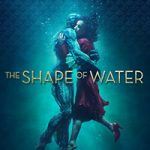