Roma, written and directed by Alfonso Cuarón, is set in Mexico City in the early 1970s and follows the story of a maid named Cleo (Yalitza Aparicio).

Cleo works and lives in a middle-class household with a family of four kids; two parents who are struggling with their marriage, as well as other workers. Roma explores the everyday happenings of Cleo and this family and gives audiences an up-close and personal view of what life was like back then.

What is incredible about this attention to detail is that it translates so well to most people’s memories of their own childhood. When watching what life was like for a family in Mexico City in the early seventies, I felt a surge of remembrance of my own childhood growing up in country Australia in the early nineties (oddly enough the first movie I saw that made a huge impact on my taste for films was Cuarón’s A Little Princess). This translates so well because of the intentional stripped back sounds and presentation. All audiences are shown is what is in front of them, and so are given the opportunity to truly feel the crash of a wave or to hear the sound of a barking dog just as much as the characters do.

While the cinematography (also by Cuarón) is incredibly slow-moving, poetic, and even melodic, this film is not to be mistaken as a simple feast for the eyes. It is important that audiences ask why the decision was made to shoot this feature in black-and-white and to not include a score. Perhaps the motive is to signify how simple things could be in a time before smartphones and social media.

For those of us who were lucky enough to grow up in such a time, we spent a great deal of time outdoors, exploring and creating games. Some of the best times were at family gatherings where we watched the adults drink and dance while we got to run around with our cousins and cause a riot. And when times were hard, we would have to work them out as a family rather than pick up a phone to text a friend.

Roma shows all of this so well and also lets audiences throwback to a time where children weren’t treated like porcelain. In one scene there is a fire in the forest and the children are out there putting out the flames right along with their parents. Fantastic depictions such as these show that this is also a film about family.

In an incredibly influential time in Mexican history, families must simply get on with things. When the world is crumbling around them, each other is all they have. Furthermore, mothers and carers must do what they can to protect their children from the realities of life.

While this film was created by a man, I couldn’t help but feel this was a feminist movie. For instance, audiences are shown full frontal male nudity in one scene but are never shown female nudity. This is quite the opposite of most Hollywood films and it is clear that women are not tools in this film, they are the creators. They must do whatever they can to reinvent and get over their own trauma in order to get back to caring and to making the world the best place it can possibly be for their little ones.

Cuarón manages to pack such a punch into such a beautiful film that at the very least, people will get a lesson in cinematography, direction, and writing when investing their time in Roma.

While introducing the film at a screening at the New York Film Festival, Guillermo Del Toro, who was also the president of the jury which awarded the film with the Golden Lion, named Roma one of his top 5 favourite films of all time. 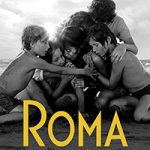