A Quiet Place sees a world populated by monsters that hunt by sound, where a family must live in silence to try and survive.

As far as directorial debuts go, A Quiet Place is one of the strongest to be released this century. John Krasinski’s first foray into filmmaking is an absolute triumph for cinema, and has shattered any notion that a horror film cannot be a masterpiece.

The inherent simplicity of the premise is what makes this film everything that it is. By introducing us to characters who operate in total silence, and fear any sound, the audience knows everything they need to, without any expositional dialogue. We are thrown right into the middle of the story. We understand the stakes and we understand that any sound we hear is an immediate threat to our characters. What is also admirable about the storytelling is that unlike many other high concept horrors, Krasinski doesn’t get bogged down in the origin of the world.

He gives us a taste of the events that lead to this apocalyptic future, without bombarding us with flashbacks, or dull scenes of characters relaying the entire history of the film’s villains, and the destruction of the lives they once knew. This is what separates A Quiet Place from most mainstream horror – it assumes its audience aren’t idiots. It respects that a cinema full of adults don’t actually need to be spoon-fed information. Although this seems like an obvious approach to filmmaking, it is rarely seen in big budget genre films. While the bones of the film are strong on their own, the performances add the flesh and the feeling needed to truly breathe life into the story. Each performance is as compelling as the next, but the standout by far is Emily Blunt (who is typically the standout in everything she does). The position Blunt’s character is in makes her inherently vulnerable and sympathetic. Despite this, she still has an obligation to protect her children. And so through her vulnerability she manages to be strong. She is both fragile, and unbreakable. While the film would stand tall on just the merits of its story and direction, Blunt in the lead is what makes this an instant classic. She is to A Quiet Place what Ellen Ripley is to Alien (1979).

The performances in the film are most likely as good as they are because the characters are so well written. The decisions they make are logical, yet they are still in peril. The film doesn’t throw its characters under the bus for the sake of tension or thrills. It manages to deliver smart characters and smart scares, where most horror picks only one.

Every choice in A Quiet Place is smarter than the last; Krasinski chose the perfect story and the perfect structure to minimise exposition and genre restrictions, and maximise thrills and tension. The colour palette, soundscape, and pacing are all spot on.

With A Quiet Place, Krasinski has destroyed every notion that a genre film can never be more than just that. This film could change the horror game going forward, and if Krasinski follows up with something even half as good, he’ll join the ranks of today’s best directors.

Actress Millicent Simmonds has been deaf since infancy due to a medication overdose. This was the second film she starred in, with Wonderstruck (2017) being her first. 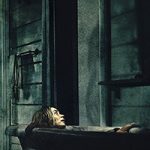