Despite being a driving force in pop music from a performance perspective, fewer than 20% of song-writers are women, and fewer than 5% of music producers are women. Play Your Gender examines why this is and the impacts it has on the industry as a whole, as well as the individuals in it.

Play Your Gender is a conventional documentary in almost every single way; talking heads, b-roll footage, and on-screen statistics and graphics. Its one distinguishing feature is the nature of its undertaking. While it isn’t unheard of for documentaries to take a casual, conversational approach, it isn’t the norm. Filmmaker Stephanie Clattenburg adopts a personal approach to the exploration of gender issues in music, which enforces the idea that this is as much a search for answers for her as it is for the audience. Clattenburg speaks with women and men from all areas of the industry; performers, producers, song-writers, festival organisers, and the editor of a magazine dedicated solely to female drummers.

Along with the subjects are occasional statistics and graphs. The breadth of subjects compliment the statistics well, and put a human face to the imbalance in the music industry. One of the most interesting notions which appears again and again is that the gender bias is unconscious. This was perfectly demonstrated in an anecdote shared by one of Clattenburg’s subjects. Dr Jaqueline Warwick, a musicologist, speaks of the disparity in gender in orchestras. In her experience, the judges in charge of hiring musicians denied a gender bias, and said they hired on merit and nothing else. In the 90’s, the concept of blind auditions came into practice; musicians would perform behind a screen, and they would be hired based only on the sound of the performance. When using blind auditions, women were hired 50% more often.

Despite anecdotes or statistics like these, Play Your Gender isn’t necessarily trying to convince its audience that women are underrepresented in the music industry. This has already been established. What it instead tries to communicate, is the importance of representation for women behind the scenes of the music industry. While female performers can succeed greatly, this does not negate the fact that they are massively underrepresented at festivals. It also does not negate the fact that, while it is a woman’s voice we hear on the radio, her words were written by a man, the melody, the production, and the financing were also all controlled by men. While there is nothing inherently wrong with men performing their occupations, Play Your Gender emphasises what an important part of our culture music is. It does not exist in a vacuum, and what is put out through art will be reflected back by the society. And so, if only half of the population are having their views expressed through art, there is an inherent devaluation in the views of the other half.

Although Play Your Gender succeeds in giving a platform for voices we may not typically hear, its execution from a craft perspective, while competent, is un-inspired. This gives rise to an interesting question; does the craft of the documentary and the art of its filmmaking have any relevance? Or is the film’s ethos the real source of craft and art? Clearly the entire medium of documentary filmmaking cannot be encapsulated in such a binary, but when it comes to these two points, the answer, as it usually does, lies somewhere in between. Telling a story visually is a choice. It must have been chosen because the filmmaker endeavoured to create a story that was told as much visually as it was audibly. Play Your Gender, while not failing as a visual piece, didn’t do much to justify the chosen form. Despite this, the film offers a genuine exploration of the issue at hand, and does so with warmth and charm. 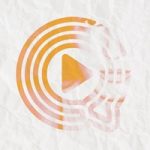