In Pixar’s latest trailer, Coco presents the story of a Mexican boy, Miguel, who’s forbidden from playing music ever since his ancestor, Ernesto de la Cruz (one of the greatest musicians of all time) went missing with his guitar and never returned.

After what appears to be a supernatural encounter with Ernesto’s (Benjamin Bratt) guitar, Miguel (Anthony Gonzalez) finds himself transported to the land of the dead – presumably, to uncover the mystery behind the disappearance of his great-great grandfather, and to restore the acceptance and celebration of music in his family.

The Mexican-based, land-of-the-dead theme is an original backdrop for Pixar – or any animated film for that matter – but I’m hoping this narrative dives deep and explores the hero’s journey on a level that’s as equally rich as its cultural context.

I’m particularly interested to see how the narrative integrates its supernatural elements, and whether or not Miguel’s journey boils down to something more substantial than a kid who’s simply rebelling against his family’s wishes.

We all want Miguel to play his music, but I’m curious about the nature of obstacles that stand in his way, and the creative measures he and his deceased sidekicks will need to take to uncover the path back to his family’s musical legacy.

Pixar has a stellar reputation for delivering heartfelt, family entertainment, and this Boxing Day will mark the release of its latest culturally-explosive feature, Coco.

Let us know if you plan to check this one out in the comments below. 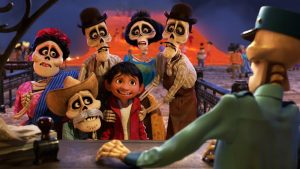 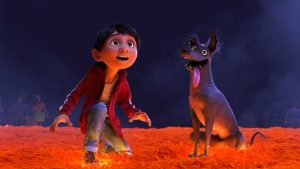 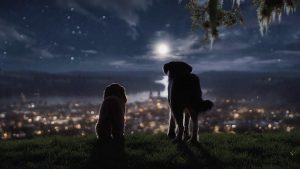 Gallery image with caption: Two Dogs from Opposing Classes Fall in Love in ‘Lady and the Tramp’