Olivier Assayas’ flawed yet mystifying drama Personal Shopper is sure to please those in The Holy Cult of Stewart in a welcome, artistic take on grief and spirituality in the modern world.

To the reader I can understand if a word like spirituality comes with a high level of embarrassment. In the great debate on the conflict between science and faith that accurately pummeled religion’s baggage and their flying spaghetti monster idols, it’s no wonder the concept and word is so hard to revive for its good and needed purpose. To the likes of Nietzsche this was by all accounts a troubling, emerging concept he tackled in that famous quote: “God is dead. We have killed him. And there’s not enough water to clean the blood off our hands.” This of course was not the triumphant statement people mistake it to be, but instead an early reflection on what happens if society’s rug is pulled from underneath a house of emotional, grief ridden cards and there is no true replacement to control all the chaos. I further credit Dr. Jordan B. Peterson for his later observation that in the small centuries we’ve had novels, and I would add onto that cinema, both of which you can describe as quasi-religious constructions because they break life down into its most important, truthful points, a replacement for a good size of the population that has taken on a new, yet familiar shape. These mediums allowing both scientific truth (what things are) and spiritual truth (how you should act and feel) to coexist as our map of belief and being. Helping us when we’re on that edge between order and chaos. Assayas seems to understand this ability perfectly well regarding the role cinema plays and he quotes: “Cinema is about resurrection. Cinema is about dealing with your own ghosts and bringing them to life. Cinema can explore your subconscious and your memories, but mostly it allows what is lost to come back.” The story of Maureen (Kristen Stewart) is one of personal significance to not only him but the audience’s interpretation, offering an enigmatic tale of a medium, caught between the spiritual and rational world, waiting for that cathartic sign from her own deceased brother while balancing all the plates of life around her.

His film, in both narrative and tech, operating in that conflicted manner between the orderly and the curious. Harmonious 35mm visuals that recall Hitchcock sure to hold your gaze while the hushful surrounds elevate the thumping heart. The glam of Paris from clothes to sets rooting his film in the material world, yet venturing our focus on the unknown to develop our own clearer meaning. To those with an established loss I can only imagine the trove of interpretations at hand with these fascinating concepts, however Assayas does falter in key decisions on when to intervene. On occasion leaning too much into the obviously supernatural where it may not fit, and holding too much back on the ambiguous and the vulnerability of his own character when not shown through the frame of an iPhone. This isn’t to take away from Kristen Stewart who without a doubt offers her greatest performance to date, capturing this conflict to genuine enthralling perfection. Every subtlety and gesture harmoniously in tune with how her character should function, holding the film together amid this capturing incoherent conflict of both the mind and being, worth our own interpretation.

Personal Shopper was the first film in the 69th edition of the Cannes International Film Festival to be booed by some of the critics. Other critics gave it rave reviews. In spite of the divisive reactions by the international critics, the film was later well-received by the audience at the premiere, who gave a long standing ovation. Olivier Assayas finally won the ‘Best Director’ award by the ‘Official Competition’ jury. 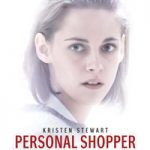 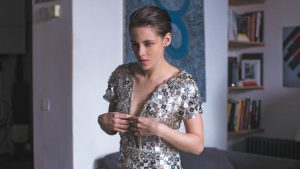 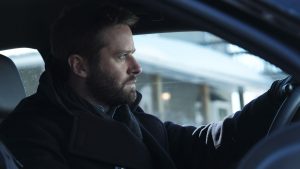 ‘Crisis’ Review – An Intriguing Multi-Narrative Look at the Opioid Crisis 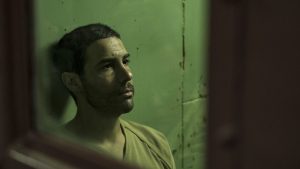 ‘The Mauritanian’ – A Weak Legal Drama Saved by a Key Performance 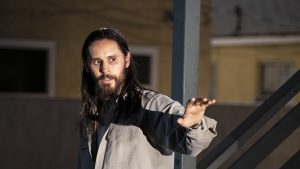