The 2018 Volvo Scandinavian Film Festival offers a confronting and thought-provoking drama in the form of What Will People Say.

Writer and Director Iram Haq has poured herself into this semi-autobiographical work about a young teenage girl named Nisha, who gets caught with a boy and is severely punished by her father by being sent back to Pakistan, against her will.

Maria Mozhdah slips naturally into the role of Nisha, as we are introduced to her modern Norwegian lifestyle. The camera work explores Nisha’s vulnerabilities, constantly playing up to the empathy of the audience. Everything seems perfectly familiar to Western audiences at the start; Nisha indulging in Oslo nightlife, flirting with boys, and dancing at clubs, whilst managing her conservative parents. But things take a sudden swing when the darker side of Nisha’s father, mother and brother are explored, as she is discovered kissing a boyfriend. Her father snaps, beating the boy, and Nisha is taken into protective custody by Norwegian social services. After being advised by his Pakistani peers, her father is coerced into making Nisha an example of a strong punishment. Meanwhile, her cowardly mother and callous brother offer no support as Nisha is put through the grinder machine of two clashing cultures. The film offers many interesting insights into Pakistani culture and familial norms, whilst there are many moments which are deeply shocking to Western sensibilities. Watching Nisha’s father (Adil Hussain) threaten to push Nisha off a cliff in an honour killing is one of the more heart-wrenching scenes. There is an undeniable reality to the way the acting and storyline is played, which is all the more evocative for not conforming to simple black-and-white political ideology. Haq clearly has an inside knowledge of both Pakistani and Norwegian culture and is able to make a film which explores the status of women in both societies, in a very intimate way.

The title alludes to the cowardice that sometimes perpetuates conservative hierarchical structures. Nisha is at one point assaulted and forced to get naked by Pakistani police, who then have the gall to refer to her as ‘shameless’. The anger seething behind this film feels entirely justified, where other films with a political agenda may push too far with their own bias. What Will People Say seems to inertly know the people who it is representing and the realistic characterisations will leave most feeling quite sick, and possibly depressed.

Iram Haq deserves a lot of credit for the courage to really delve beneath the surface and strip bare some of the taboos and preconceptions of the relationships between family, men, women and communities, that will resonate far beyond the subtext of the two cultures represented here.

The 2018 Volvo Scandinavian Film Festival opens in Australia in Sydney on 10th of July and runs nationwide through to the 5th of August.

It includes a great range of films from Denmark, Finland, Iceland, Norway and Sweden, and you can see some of our recommendations here.

Director Iram Haq’s life experience directly inspired the film’s story. She was genuinely abducted and taken to Pakistan as a girl. Although set in Pakistan, the film was actually shot in India where Haq thought it would be safer to shoot. 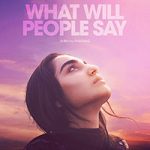 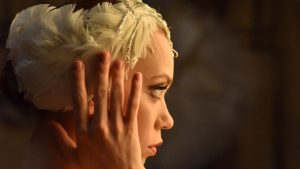