A lot of people who have already heard of this documentary might be asking if it would’ve even been made if Paul Walker were still alive. The answer is no.

This isn’t a film about how good an actor people perceived Walker to be, but rather the kind of person he was in real life. I Am Paul Walker will leave you with the feeling that you have almost lost someone special in your own life.

What this documentary film sets out to show and succeeds in every way, is to let the world know that Paul Walker had way more to offer than an on-screen pretty-boy image with movie-star looks. He was a family man, first and foremost, and someone who was always there for the people he cared about. There are emotional interviews with his family and friends, reels of early roles in TV shows and home video footage as we see him grow up before our eyes. It’s easy to see that he was the glue that kept the family so close and it makes it all the more heartbreaking knowing that it all was cut tragically short.

Outside of movie roles, he shunned the Hollywood scene for the likes of surfing and even shark tagging. At one particular point in time, he even flew over to another country with aid workers to assist hundreds of injured and dying people, after a massive natural disaster. Not only did he pay for the flight over, but what he really didn’t want was publicity for it. He simply wanted to help as much as he could and that’s all there was to it. That is just one of many stories this documentary includes about Paul Walker, and it makes you realise what kind of an impact he had on the people that knew him for who he really was.

With the documentary going in a linear timeline, you just know the ending is going to be heavy-handed. After finding out what kind of person Paul Walker really was, it’s extremely hard not to hold back any kind of emotions when footage is shown of the fatal accident that claimed not only his life but his fellow passengers’ too. It’s heartbreaking stuff and you feel every tear shed when it comes time for his family and friends to recount the day it happened.

I Am Paul Walker shows that behind all the Hollywood gloss there was a man who cared, and was cared for, by the people closest around him, and wasn’t afraid to live his life way faster than a quarter-mile at a time.

Even with a hugely successful franchise on his hands (The Fast and the Furious), Walker seriously considered quitting Hollywood several times to lead a peaceful life in solitude. 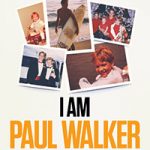