Adam Driver stars as Paterson in Jim Jarmusch’s drama of the same name that tells the story of a quiet, introverted bus driver who writes poetry in his “secret book”.

The movie is set across an entire week in the lives of Paterson and his wife Laura (Golshifteh Farahani), as they go about their routine in the town of Paterson, New Jersey: Waking up for work each morning; coming home for dinner; walking the dog each night and repeat, offering incremental changes as the movie progresses. Maintaining a light-hearted feel throughout.

In its nearly-2 hour runtime, the film delves into detail, milieu and monotony. Fans of Jim Jarmusch’s niche should be pleased with his latest effort, as he meticulously depicts a raw drama with deep, poetic undertones. However, in this writer’s humble opinion, he falls flat. Very flat. Paterson is a metaphor for following your dreams and pursuing your desire (the film plays off that narrative well), that allowed me to immerse myself into the mundane lifestyle of the protagonist. It’s a shame that’s exactly what the film was: MUNDANE.

I was somewhat impressed by the solidly executed realism and a few key moments — such as Method Man’s brief cameo as a small-time rapper rhyming in a laundromat, who is encountered and applauded by Paterson on his nightly walk; the sequence amplifying a mutual appreciation shared by poets and hip-hop artists. As a fan of hip-hop, I was taken in by the message conveyed.

Adam Driver is a pass as Paterson, whom essentially feels like a passive, non-violent spiritual successor of Travis Bickle: repressed ex-military citizens whose empty lives are filled by transport jobs. In Paterson though, our main protagonist’s motivation isn’t strong enough, making for a frustrating, repetitive exercise in tediousness. The rest of the cast do a decent-enough job, but aren’t given any real development or foundation to work with, segueing into scenes uninterestingly. The film’s dialogue is wooden and two-dimensional at times, consistently showing off small talk between the characters.

The film showcases each poem Paterson writes and the subject matter that inspires him; His poetry isn’t necessarily a talent or hobby, but in the words of Conor McGregor “an obsession!”. Paterson spends every available moment he has dedicated to his writing, serving as an ultimate escape, making for a grounded experience that’s as real as any working class person’s life. This element of the film is one to admire, but without any drastic turns or dilemmas, it’s sure to turn off some viewers.

Golshifteh Farahani is charming as Laura, an ambitious and open counterpart to Paterson’s shyness. Spending most of her time painting, learning guitar and baking cupcakes, she’s optimistic, and constantly challenges her husband to produce copies of his secret notebook that contain treasure troves of beautiful stories. Even in times of discomfort, their chemistry plays off well, showcasing a certain mindset duality when it comes to tackling passions.

Paterson is a film that stays true to its independent roots and there are some highlights to appreciate, such as its metaphorical subtext about procrastination, introversion and hidden talent. However, it disappointingly comes off as a pretentious, Oscar-baiting bore masquerading as an intellectual drama.

Adam Driver went to bus driving school for his role in the film. Production crew was arranging for Driver to get a bus license, and while they were trying to organize it, he on his own figured it out and was already in the school. 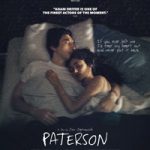 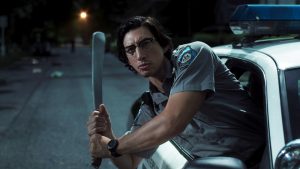 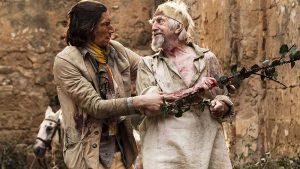