‘Passengers’ – How the Film Could Have Been Better

This cool video explains how the recent sci-fi film Passengers could have been better with a simple rearranging of the film’s key acts in the editing room.

I for one enjoyed Morten Tyldum’s Passengers, however it received a universal lacklustre response from critics (you can see our review here).

The film featured a controversial theme that was intended to get audiences talking, with the filmmakers opting to tread down the predictable love-story path despite the numerous other ways they could have gone.

That all happened before the film’s final act, which was essentially just a typical Hollywood blockbuster climax, or should I say anti-climax – as it cheapened the two acts that came before it.

YouTuber Nerdwriter1 has created the below video essay that explains how a simple rearranging of the film’s acts in the editing room could have made the film so much better.

And after watching the video, it’s hard to disagree with him.

Had the filmmakers decided to go down the path suggested in the video below, we would have received an engaging film full of mystery and suspense, as opposed to one where everything that happens is fairly predictable.

It’s not to say such rearranging of the scenes would have solved all of the film’s problems, but it appears that it certainly wouldn’t have hurt the film to do so.

What do you think of the ideas mentioned in this video? 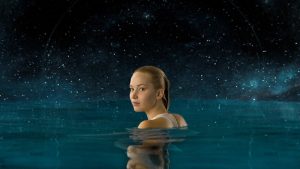 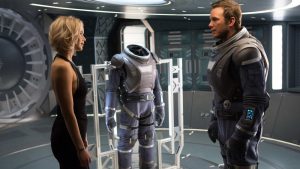