The sequel to 2013’s absurd and brilliant blockbuster, Pacific Rim, is finally coming, and while that in itself is good news for fans of the original, better news may be on the way.

Executive producer Steven S. DeKnight recently told Collider there may be an interesting crossover in the works.

Legendary Pictures, who made Pacific Rim Uprising, was also behind Godzilla (2014) and Kong: Skull Island (2017 – see our review here).

Legendary clearly aren’t averse to a crossover, as Godzilla vs. Kong is currently in development with Adam Wingard attached to direct.

DeKnight indicated that soon Pacific Rim may join the other two properties in a three-handed crossover.

“I won’t say there’s an Easter Egg but there’s been a lot of discussion about that possibility [of crossing over]. Look I think it would be fantastic to have the Pacific Rim universe join Legendary’s Monster Universe, it seems like a natural step. And part of the big overall plan after the third movie we’ve talked about is that could happen, it’s always a possibility. It’s by far not a certainty; it’s merely theoretical at this point, but as a fan myself I would love to see that happen.”

Fingers crossed this comes to fruition, as it would surely be one of the most unusual set-ups to grace screens in some time.

Is this something you’re keen on seeing?

Let us know in the comments section below. 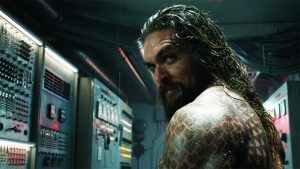 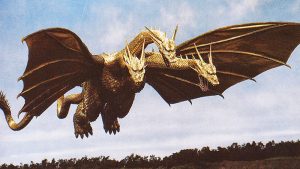 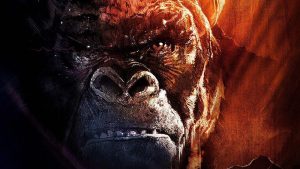 Gallery image with caption: ‘Kong: Skull Island’ – New Poster Pays Homage to One of the Greats 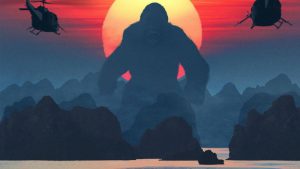