Historical epics are usually reserved for the ultimate cinematic experience. Outlaw King, whilst keeping an epic scale comes straight to Netflix, yet effectively loses none of its widescreen beauty and metal clanking blood-soaked battle scenes.

Chris Pine is better than expected as Robert the Bruce, a Scottish king who is declared an outlaw after murdering Lord of Badenoch, John Comyn (Callan Mulvey), who resisted joining forces against the English Empire and thus forcing Robert to raise his own army to fight against the rebellion. This, of course, raises consequences against his own people of the land, including his wife Queen Margaret (Rebecca Robin) and daughter who are kidnapped and held prisoner by Edward, Prince of Wales (Billy Howie).

What ensues is essentially a chase film on horseback as Robert tries and fails on many occasions to raise his own army, much to the effect of the English forces with larger numbers and unpredictable ambushes upon Bruce’s men. It is essentially a David vs Goliath scenario as Robert comes to learn that the only way to stop Edward and his men is to strategize and outsmart them right under their noses. Acclaimed director David Mackenzie doesn’t waste the opportunity to show the vast lands of Scotland and his battle sequences are well staged, and just as brutal as any scene from Braveheart (1995) to Saving Private Ryan (1998). Thankfully, another thing he cares just as much about is the characters. Having previously collaborated with Chris Pine in Hell or High Water (2016), they clearly have a good working relationship and Mackenzie manages to stretch Pine’s acting chops further than what we’re used to. His Scottish accent never wavers, nor does his ability to make you believe his Robert the Bruce can lead a small army into victory.

Other performers shine in smaller roles, with the standout being Aaron Taylor Johnson as James Douglas. His ferocity in the battlefield alongside Pine’s matches if not exceeds Bruce’s. Taylor is almost unrecognisable under all the blood and mud his character bathes in and you only wish he had more screen time.

The film’s faults are minor and few in-between. The first hour suffers from some pacing issues and muddled screenplay but quickly turns around in the second half and becomes a no holds barred war film. It’s just a shame it didn’t get a full cinema run because it does deserve to be seen in all its large-scale glory.

Not for the squeamish, Outlaw King does prove that big budget war films aren’t going away anytime soon and with the historical accuracy in check, it also makes for compulsory viewing for history buffs. So on an entertainment scale; it rates well and is an educational look into a big turning point in Scotland’s claim back to their land, after a bloody and brave face-off against a cruel enemy.

Following a screening of the film at the Toronto International Film Festival, director David Mackenzie decided to cut 20 minutes from the film. Among the scenes cut was a battle scene set against the backdrop of a waterfall, an eight-minute chase sequence and an encounter between Robert the Bruce and William Wallace in the woods. 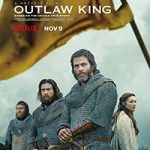 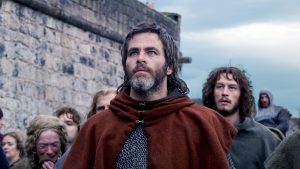 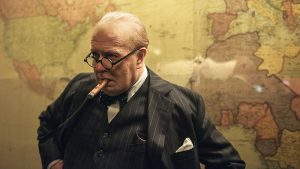 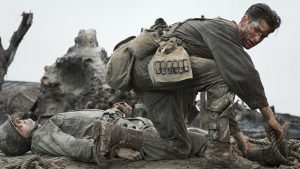 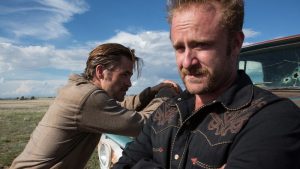