Our Father is an entertaining, but somewhat trite crime film that reveals what can happen when a morally resolute individual gets in over their head.

Ovadia Rachamim (Moris Cohen) is a respected bouncer at a popular Tel Aviv nightclub, notorious for his ominous presence, fighting skills and lack of fear when it comes to thwarting trouble at his venue. While struggling to conceive a child with his wife Rachel (Rotem Zissman-Cohen), Ovadia takes up an offer to become a standover man for local gangster Shalom (Alon Dahan) in order to make a significantly larger earning, and provide the best care for his wife and future family.

Historically, the basic premise in Our Father is a common tale as far as crime films go; a story of a man that reluctantly gets involved in the world of crime in order to provide for his family, with potentially devastating consequences: Because once you’re in that world, you can’t get out. Its been done many a time within the genre, and while it does feel old, it’s one that stands the test of time because at it’s core, it’s still very intriguing. There’s something innately interesting about seeing the lengths a ‘good man’ will go to in order to provide for his family, as it’s a plausible, universal theme. The characters too, like in a lot of other crime films, mostly felt stereotypical, but of course these stereotypes are based on reality to a certain degree, and still appeal to the audience. What really stands out in Our Father though is the performances. Lead actor Moris Cohen has a commanding screen presence; a giant of a man that can be equal parts intimidating and caring. Cohen delivers both these characteristics authentically, and when combined with the character’s values, he easily forces empathy from the audience. Likewise, the supporting cast that includes Rotem Zissman-Cohen as Ovadia’s wife Rachel and Alon Dahan as the main heavy, all appropriately do their part to create a believable world set in Tel Aviv’s underbelly.

Director Meni Yaish delivers the goods in keeping the audience engaged, with enough different beats to keep the film from getting stale as it draws to its conclusion. His interpretation of the larger themes at play in the film did at times come across as a bit obvious, though as mentioned earlier, they have a universal appeal that most people can connect to, so that aspect is forgivable.

Our Father might not have the most original crime story, but the powerhouse performance from its lead actor and the film’s charismatic characters do enough to offer an entertaining viewing experience overall.

Our Father will be screening at the Jewish International Film Festival (JIFF), for session times and tickets, please go here. 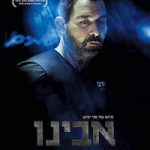 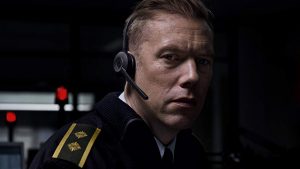 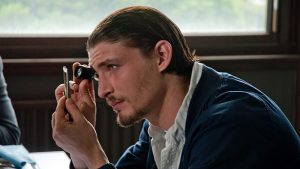 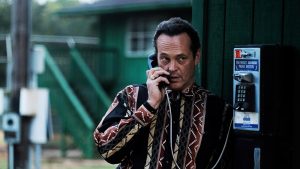