In 1965, a mother and her two daughters begin experiencing supernatural activity after a Ouija Board is brought home.

The first Ouija film was borderline unwatchable. To say that the sequel is an improvement is to damn it with faint praise – of course it’s an improvement, anything would be. But Ouija: Origin of Evil has the unique pleasure of being unfathomably better than its predecessor. It is almost unbelievable that these two films were made by the same studio and producers within two years of one another.

The strength of Ouija: Origin of Evil comes from the confidence with which it was made. The bold 60’s aesthetic is represented in the visuals and also in the filmmaking itself. The camera is patient and moves decisively, the framing is purposeful, and the soft, warm light is a welcome change from the dim and moody hues of green and blue that horror audiences are often subjected to. The beautiful title card, the handful of split diopter shots, and the slow building horror, are all reminiscent of the haunted house films that are the foundation of the horror genre. Add to this the sinister wide shots of suburbia and the occasional dolly-in, and Ouija: Origin of Evil is a faithful throwback to the classics of the 70’s.

The characters are also a breath of fresh air. While they aren’t immensely developed, or engaging, they are not the bland, overtly moronic protagonists that horror films are known for. The actors have a good degree of chemistry with one another which, combined with the costuming and production design of the house in particular, make the family feel authentic. The standout is the youngest of the two daughters, played by Lulu Wilson. She brings an awareness to the role that surpasses the simple ‘strange child doing strange things’ that is to be expected in a horror film. She is instead wise and knowing in a way that is sometimes amusing, but usually extremely creepy. All of that being said, Origin of Evil doesn’t quite maintain its refined beauty and simplicity as the third act rolls around. For the majority of the film, much of the horror and the violence is implied. But as the climax begins unfolding, the scares become over the top, and the visual effects feel out of place in the grounded, reality based world that had been so well established. Some of the effects feel so out of place that they almost become absurd.

RELATED:  'Uncharted' Review - The Video Game Movie Curse Has Yet to be Broken

Another massive weakness in Ouija: Origin of Evil is the overly involved backstory given to the evil presence plaguing the Zander family. For some reason, most modern horror films feel the need to devote a good chunk of screen time to paranormal detective work. Obviously, there are instances when this is a great source of development for the characters and an enrichment of the story and themes, but that is not the case here. The origin of the evil the family face is trite and unimaginative, and leaving some of the past a mystery may have added to the tension.

The decision to imply violence and horror rather than showing it also falls by the wayside. Rather than stay on the path the film had already established, the seemingly mature and restrained foundation of Ouija: Origin of Evil falls away to make room for ludicrous visual effects, over the top story beats, and an unnecessarily ‘cute’ ending.

But for all of its weaknesses, Ouija: Origin of Evil remains strong overall. Even in its few ridiculous moments towards the end, the classic aesthetic and the confident filmmaking still shine through.

One of three movies directed by Mike Flanagan to be released in 2016, the others being Hush and Before I Wake. 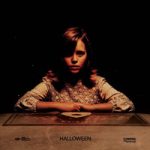