What do these Possible Oscar Nominees Tell us About Modern Animation?

Oscar season is almost upon us. One of the first big announcements of the season is the full list of animated feature nominees in consideration.

The list is a nice mix of foreign films and a predictably significant number of American features. Of the 26 films, 12 are American productions, with the remaining 14 hailing from a variety of countries, with Japan leading the way with 5 animations. Although there are 8 of the 26 which have yet to have a notable release, the remaining films which have seen the light of day have something very interesting to say about the state of mainstream animation.

When dividing up the list between foreign features and domestic American releases, there seems to be a stark difference in quality. Although critically praised films such as Coco and The Lego Batman Movie are there to raise up the cohort, there are an undeniable amount of average to bad films. Despite high Rotten Tomatoes scores from the aforementioned Coco and Lego Batman, the average Rotten Tomatoes score of the American features is a mediocre 61.2%. Contrast this with a strong outing of 89.75% for the foreign contenders and it could be argued that the United States has an animation problem. A little talked about theory in the film criticism community concerns the notion of the ‘foreign movie pass’. While the origins of the term aren’t clear, it’s something that was discussed years ago on /Film’s popular podcast.

Legend has it, the ‘foreign movie pass’ is a standard applied to foreign films that allows them to be reviewed more favourably than they should be, due to the perceived ‘prestige’ associated with being foreign language. The only way to really quantify the accuracy of this theory would be to tally up domestic and international reviews of relevant films and compare how they stack up. While this is possible, it’s something I’m just not going to do, because it frankly sounds like a lot of work.

However, there is clearly a social precedent for this kind of snobbery, especially with the frequent rejection of mainstream cinema that many ‘cinephiles’ and ‘film enthusiasts’ engage in. That being said, the poor quality of the American animation may not just be a result of comparisons to more acclaimed foreign films.

Does America Have a Cinema Problem?

The film community has recently been flooded with comments from Hollywood figures like Brett Ratner, claiming Rotten Tomatoes’ poor ratings are ruining box office earnings. Many have countered this claim by pointing out the obvious; if Brett Ratner’s movies were actually good, the Rotten Tomatoes score wouldn’t dissuade people from buying tickets.

This leads a reasonable person to a reasonable conclusion; a lot of mainstream blockbusters are just bad. It would only make sense for this to translate to animation. Unlike small indie ventures, animations often require a larger amount of resources, as every frame is being created from nothing. This often pushes them into a higher financial bracket, making them vulnerable to all the pitfalls that often stifle American blockbusters.

Furthermore, it wouldn’t be absurd to assume that these same constraints aren’t put on foreign films; they’re created in an entirely different system, which is nowhere near as big as the Hollywood machine. This perhaps accounts for the quality difference between the two groups.

How Will Things Shake Out Come Awards Time?

It doesn’t take a box office expert to put their money on Pixar come awards season. And unfortunately, as often happens, Academy members simply don’t watch all of the eligible films. This leads to the popular dominating the good (or perhaps, the American dominating the foreign?). While Pixar are the notable exception, often managing to be popular and good, they aren’t always there with a film to nominate, and even if they were, one studio shouldn’t have a monopoly on an entire category.

There genuinely are films, other than Pixar productions, or even American productions, that should earn a place among the nominees; based not on country of origin, or popularity, but on merit. The populist history of this category (and most others) has led to such nominees as The Croods and Despicable Me 2 in 2013; and the unfathomable travesty of Shrek beating out Monsters, Inc in 2001.

It seems a myriad of factors contribute to the canyon that exists between American Oscar contenders, and their foreign language counter-parts. But, if there’s one thing that can be said in summary, it’s that if there’s any justice in the world, the popular will be shelved in favour of the good. And hopefully we will be spared the unspeakable fate of having to hear the words ‘Oscar Nominee: The Emoji Movie’.

Gallery image with caption: Netflix Documentaries to Give You Thrills, Chills and Possibly Spills 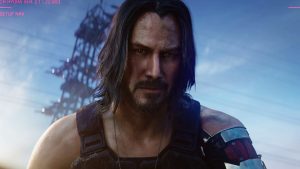