“Mick Jagger in Tony Richardson’s Ned Kelly!” – This is perhaps one of the most blood curdling phrases to ever be uttered in the history of Australian cinema.

Like with blurting out the phrase “Macbeth”, the mere mention of this film conjures up nightmarish images of evil demons, gory violence and ever lasting curses. You begin feeling that all happiness is sucked out of you, and you sorrowfully conclude that life is not worth living! That everything is just an empty, useless void! Or at least, that’s the impression I seem to get every time those seven words are randomly brought up during conversation.

When it was first released nearly five decades ago, Tony Richardson’s biopic about the notorious bushranger Ned Kelly was met with overwhelmingly negative reviews. Critics were displeased by the film’s storytelling and creative choices, while cinema goers were outraged by the casting of rocker Mick Jagger as the iconic outlaw, heavily criticising his questionable acting skills and his lack of resemblance to the figure he was portraying. And as the years have progressed, the critical and audience reception towards the film has changed very little – it was considered a stinker back then, and many still see it as a stinker now.

Quite frankly, I think those people are being unfair. Many artists insist: “Do not listen to what the critics say”; and in the case of Tony Richardson’s Ned Kelly, they are right (and yes, I do see the irony in bringing up that argument). The film is not as bad as the reviewers of the time have made it out to be. In fact, it’s actually a fairly decent film.

The screenplay – authored by Kelly historian Ian Jones, Richardson himself, and an uncredited Alex Buzo – is well written, well developed, offers meaningful dialogue, and is surprisingly accurate to the Kelly story. With the exception of a couple of moments where dramatic licence was taken (notably the pointless creation of a composite love interest for Kelly named Caitlyn), the script stays faithful to the facts, making an effort to tell it how it was instead of how it should have been – something that the other Kelly films lack!

Richardson’s direction is interesting at best. Like with Rupert Kathner’s film about Ned Kelly, The Glenrowan Affair (1951), Richardson seems to experiment with multiple, random genres throughout the picture, resulting in a startling, wonkily paced final product – a bipolar product if you will! One minute, you think that you’re watching a poetic drama about a man feeling the toll of throwing his life away for a career in bushranging; but then the entire mood changes, and you find yourself watching a surreal avant-garde comedy, bombarding you with extreme close-ups and random cutaways, that seemingly have no relevance to the scene. One minute you’re watching a gothic, historical drama, the next you’re watching a Pavlova western, only to have it become a story about a forbidden romance seconds later. Just about every scene contradicts the previous one, often struggling to fit in to the narrative. Half the time you don’t know if you’re watching the story of Ned Kelly’s life, or a series of short films about the Australian bush.

But that is not to say that Richardson’s direction is awful. On the contrary. Though the scenes fall flat trying to be one, they are works of art if you look at them individually. On their own, the scenes are executed perfectly. If you ignore the chaos, you do get moments of pure artistry and cleverness. The film’s strongest element is undoubtly its soundtrack. While a great deal of the film can be rather hit and miss in places, the musical score by Shel Silverstien is perfect. Richardson incorporates an element of Greek tragedy into the film, replacing a traditional incidental score with a country music themed Greek chorus, that analyses and comments on pivotal moments in the story, such as the Stringybark Creek massacre, and the conception of Kelly’s iconic suit of armour. The songs (performed by legendary singer Waylon Jennings) help dive deeper into the psychology of the characters and the corrupted world they live in, exploring fears and emotions that could never be portrayed effectively on screen.

And what I also love about the music is that they give the film a Broadway musical flare. To date, this is perhaps the first and only musical film about the life of Ned Kelly. The structure of the narrative does pretty much resemble the script for a theatre show; the songs are frequent and move the story along; a few numbers have multiple reprises; the tunes come at intervals after passages of dialogue – just add in some dancing, and you’ll have Australia’s answer to Calamity Jane (1953).

And now it’s about time that I address the massive elephant in the room: Mick Jagger’s performance as Kelly. The moment has come for me to share my verdict about the casting that left many a Kelly enthusiast fuming like a raging bull.

And what’s my verdict? Well, Mick Jagger was… Pretty good. I found Jagger’s portrayal of the notorious outlaw tolerable and enjoyable. Though of course, I do admit that he wouldn’t be my first choice for the title role either – he doesn’t have the build to play Kelly; his Irish accent’s stereotypical and high pitched; and that fake moustacheless beard they gave him is beyond cringe worthy – but if you look past the flaws, you’ll find that Mick Jagger is a decent thespian, and an okay Ned Kelly. While he robs the character of his ruggedness, he succeeds at showing the bushranger’s caring and sensitive side. He brings to life the loving brother and son who did try his best to live an honest life, and who did have a conscience. He recreates the human side that so many Kelly haters try to erase from the history books. Though the Rolling Stones front man will never be remembered as the best portrayal of the ironclad outlaw, he at least brought complexity and heart to a figure who has so often been dismissed as a one-dimentional monster. Though Jagger was not perfect, he at least gave it his all – and I think that deserves some credit (the rest of the cast is great too).

Despite what the public have said about Ned Kelly over the years, the film is not the train-wreck that they have claimed it to be. Though it has flaws, there is still so much to like about it. It has an awesome soundtrack, a pleasant script, a great cast, direction, and genuine effort. It’s a film that I strongly believe deserves a second chance. 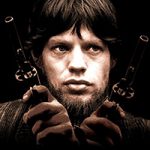