Mrs. Hyde (sometimes known as Madame Hyde) is a French film about a teacher named Marie Gequil aka Madame Hyde. It’s not my first French film, but I have only seen a handful, so I was interested to see if this film would be similar to my other experiences.

In most French films I have seen, the main characters are emotionless and have quite dry personalities. The endings are often left quite ambiguous and even strange. Mrs. Hyde checked both of these boxes, with most of the cast rarely showing any emotion, especially Madame Hyde herself (Isabelle Huppert). This is quite frustrating to watch as we see Madame Hyde struggle throughout the film, but without doing much about it.

We see the students and her fellow colleagues ridicule and bully her. We see her eating her husband’s meals delicately, and hiding as much of the food as she can in her napkin because she doesn’t like his cooking. And we see her stick her neck out for a disabled student who is in much need of support, and yet he continues to hate her. Most of all, we see a teacher who has a passion for learning, however, is unable to teach her unwilling students. This continues on until an accident occurs in her lab. From this event onwards, we see things starting to go right for her. The students begin to listen to her, her peers begin to respect her and she begins to enjoy her husband’s cooking. The people around her even begin to claim that she has changed. The odd part about this for me was that I didn’t notice a change in her at all. She was still dry and emotionless and the movie really lost me here.

What was clear was that at night she began to sleepwalk and turn into a red glow (perhaps she turned into a mass of electricity, I am not sure). All that is obvious is that whatever she turns into at night is an angry and dangerous being. At first, it seems like her transformation character is a bit of a Robin Hood that is out to help people in need. But her actions soon become random and we are left wondering if she is good or evil.

Like other French films I have seen, the ending was confusing and open-ended. I finished watching the film wondering what the whole point was. I am not sure if the message was that the school system is failing, or if people who suppress themselves will end up becoming a “Mrs. Hyde”. Perhaps there was no message at all? While I was relieved to watch something a little different than the usual sequels and superhero movies that seem to be plaguing our screens, I found it all very bizarre. There was a 5-minute French rap scene that seemed completely out of place and disturbed my viewing experience quite a bit. I would recommend this film to someone who is bored with the traditional recipes of movies and is looking for something a little different. 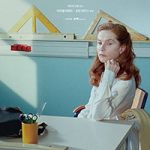