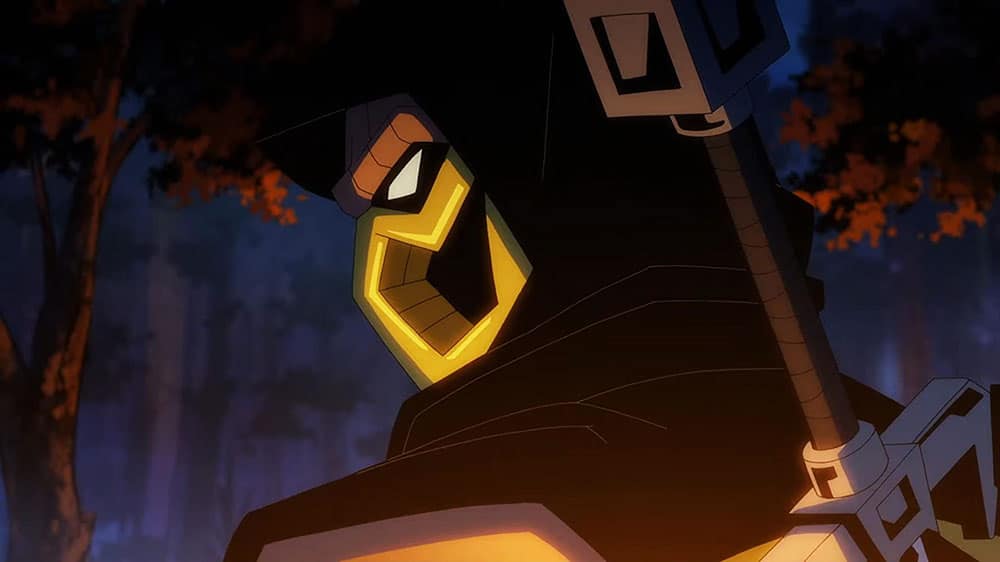 Almost 30 years since Mortal Kombat hit arcades around the world and the fighting franchise remains one of the most popular video-game series of all time. This was evident last year when Mortal Kombat 11 was released to rave reviews from critics and fans.

Not long after, it was announced a new Mortal Kombat film would be coming in 2021, starring our very own Josh Lawson as Aussie crim Kano. While still over a year away, fans can placate themselves with the new animated feature Mortal Kombat Legends: Scorpion’s Revenge.

As the title suggests, the film is based around undead fan-favorite, Scorpion. Sticking closely to the Shirai Ryu clansman’s video-game background, the film opens with Hanzo Hasashi witnessing the death of his wife and child before being murdered by a rival assassin, Sub-Zero. Resurrected by the sorcerer Quan Chi, the newly named Scorpion is sent to compete in the Mortal Kombat tournament where he can enact his revenge on Sub-Zero while doing Quan Chi’s bidding.

While it’s set up as a Scorpion origin story where you expect to follow the harpoon-wielding warrior on his path of revenge, the film inexplicitly casts Scorpion to the side as it focuses on the traditional Mortal Kombat storyline. Here we see Raiden enlisting Liu Kang, Sonya Blade, and Johnny Cage as his chosen fighters to take down Shang Tsung and save Earth realm.

If you’ve played the games or watched the underrated 1995 real-life action flick you’ll know what to expect. It’s pretty much a rehash with slightly more emphasis on Scorpion, who is shown to have heroic tendencies in this version of the story. It really should have just been called Mortal Kombat and marketed as another take on the classic story outlined in the original game, as there isn’t enough Scorpion to make it truly about him. Cameos from Jax, Reptile, Goro, and Kitana are great, but there was an overall feeling of disappointment in the end with a lack of emphasis on Scorpion’s background and what he was doing before the tournament, and how he got to where he is. The five minutes of exposition at the beginning really doesn’t justify the film’s title. As far as a spectacle, Mortal Kombat Legends: Scorpion’s Revenge is great fun. The animation is fantastic, the violence excessive and the music terrific, although the lack of The Immortals’ “Techno Syndrome (Mortal Kombat)” theme is disappointing. The voice work is tremendous and includes the talented Steve Blum, Jennifer Carpenter, and Kevin Michael Richardson, with Joel McHale wonderful as the cocky Johnny Cage, who thinks he’s on a movie set for half the film.

Mortal Kombat Legends: Scorpion’s Revenge doesn’t expand on the mythology of the Mortal Kombat universe, but when it comes to a gory animated action film, it’s a satisfactory entrée while we wait for the 2021 main course reboot.

The Sonya Blade vs. Reptile fight is an homage to Predator. 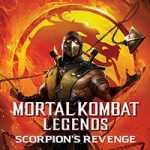