A new trailer for the upcoming film A Monster Calls starring Liam Neeson, Felicity Jones and Lewis MacDougall has been released.

A Monster Calls is based on the 2011 novel by the same name, authored by Patrick Ness who also takes writing credit on the film.

It follows Connor, a young boy with a vivid imagination, as he calls out a tree monster in order to help him overcome the emotions he’s facing because of his mother’s terminal illness, along with the general lows associated with being a young kid at school, such as bullying.

The film looks interesting and definitely has a Where The Wild Things Are vibe to it.

Scary Trailer for Supernatural Horror 'The Curse of the Weeping Woman'

A Monster Calls has an excellent director on board in J.A. Bayona, who’s directing credits include 2007’s The Orphanage and 2011’s The Impossible and he’s also directing the Jurassic World sequel due for release in 2018.

It appears that A Monster Calls and possibly even the Jurassic World sequel will be a culmination of the director’s talents of combining familial drama brought on by epic events, with a horror tinge (see the tree monster in the trailer, not exactly cute).

The film stars Liam Neeson as the tree monster and his voice suits the role perfectly.

Felicity Jones plays the boys sick mother and the film introduces Liam MacDougall in the lead role as Connor.

Keep an eye out for A Monster Calls, due for release in late October 2016.

A boy seeks the help of a tree monster to cope with his single mom’s terminal illness. 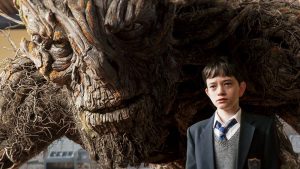 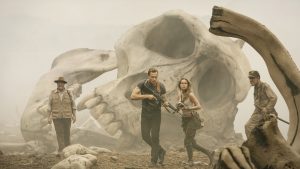 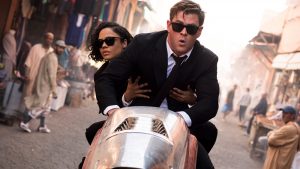 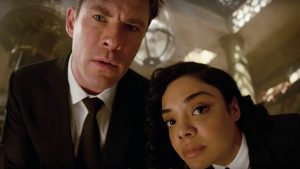 Gallery image with caption: ‘Men in Black International’ Reboots the Franchise with Some New Faces