Modern Horrors That Reference Their 60’s and 70’s Counterparts

In the acclaimed modern horror film Hereditary starring Toni Collette, director Ari Aster references horror films of the 60’s and 70’s in order to create the dread-filled atmosphere of his debut feature film.

In fact, it seems a lot of horror films these days are utilising the more rough-and-raw approach that you would have seen in films such as Rosemary’s Baby (1968), The Exorcist (1973) and Halloween (1978). The likes of Rob Zombie, Eli Roth and underrated genre filmmaker Ti West (The House of the Devil (2009) and The Innkeepers (2011)) have all shown in their work, where their influences lie.

The way horror films were being made during the late 60’s and early 70’s defined a new, and you might say, exploitative approach in some instances. They became a lot more brutal and confronting, which audiences weren’t ready for at the time, with some still even holding up by today’s standards.

So here is a list of top 5 modern-day horror films that were influenced by the 60’s and 70’s era.

It’s even been said by the man himself, Quentin Tarantino, that this is his weakest film to date. Comparative to his other films, perhaps, but it’s still a fun homage to 70’s exploitation cinema with a great performance by Kurt Russell as the slimy yet charming, Stuntman Mike.

Director Robert Eggers’ debut film The Witch pulls no punches when he turns on the horror dial in this folklore tale of a banished family who move to the middle of the forest, only to be preyed upon by an evil witch. The tension builds slowly throughout and the payoff is definitely worth the wait.

As mentioned above, Ti West’s love of 70’s cinema is clearly present, with yet another slow build-up to a confronting finale as we follow two young people as they spend a night-shift together in an old hotel. The final scene in the basement is pure nightmare fuel.

Rob Zombie’s remake of the classic John Carpenter film was met with mixed results at best. If you can somehow get around the fact that the basis of the movie had been done before, there’s enough padding around that to make an effective horror film and Zombie’s influence on exploitation and no-holds-barred violence seems to work here, whether you think it taints the original or not.

While it pays homage to the original Evil Dead (1981), there’s definitely a 70’s horror vibe in Fede Alvarez’s better-than-average remake. The practical effects alone come straight out of exploitation cinema, as the audience is punched in the face multiple times with the hard-hitting gore and buckets of blood.

Honourable mention: Ti West’s The House of the Devil (2009 – pictured top of page) is a great homage to classic horror films, and is terrifying to boot!

Hereditary is screening now, and you can check out our review of the film here. 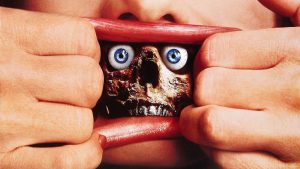 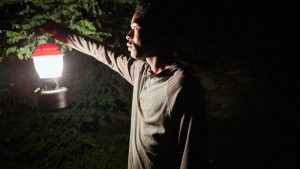 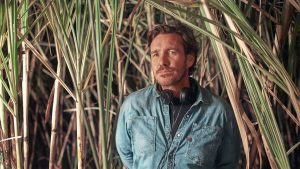 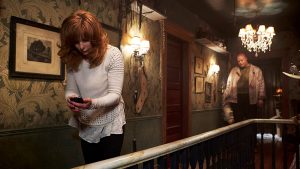