Maleficent Returns with a Vengeance in Disney Sequel ‘Mistress of Evil’

When we last saw Princess Aurora (Elle Fanning) and her fairy godmother Maleficent (Angelina Jolie), they had completed their fairy-tale arc and were destined to live happily ever after on the beautiful Moors. However, in the years since our last visit to the magical Disney kingdom, evil and mistrust have returned to the land. Maleficent’s redeeming role in waking Aurora from her curse has been forgotten and she has been rebranded as the Mistress of Evil. Maleficent has once again retreated from civilisation, spending her time hunting human trespassers on the Moors.

When beautiful, barefoot Aurora announces her engagement to Prince Philip of Ulstead (Harris Dickinson), Maleficent is not happy, to say the least. To celebrate the young couple, King John (Robert Lindsay) and Queen Ingrith (Michelle Pfeiffer) invite Maleficent to dinner. The tension between Maleficent and Queen Ingrith is almost as strong as the love between Aurora and Prince Philip. When the King is supposedly struck down by Maleficent’s curse, Ulstead declares war against the Moor people.

Pitting the cheekbones of Angelina Jolie against the wrath of Michelle Pfeiffer spins this sequel even further from the original source material and allows the filmmakers to delve deeper into our favourite anti-hero’s origin story. It turns out that Maleficent isn’t one of a kind as first we thought. Her people, the dark fey, have sought refuge from humans in a vast cave in the ocean. With the appearance of Maleficent, the dark fey begin to plot their revenge on the humans, culminating in an epic battle scene complete with fantastical explosions, stirring war cries and tense fighting.

Disney has attempted to go political with this revisionist retelling of the Sleeping Beauty tale, however, they can only do so much with a film with such a young target audience. The film falls short of packing any real political punches and often the symbolism lands with a thud. In one particular prolonged scene, faeries are tricked into the church where they believe Aurora’s wedding will be held, only to be trapped inside as poisonous dust rains down upon them. Watching the faeries’ frantic attempts to escape the barricaded church could have been bearable if their deaths were eventually commemorated or even acknowledged after the fighting had finished, though it seemed as if their deaths were swept under the rug in order to avoid dampening the celebration.

Likewise, the film attempts to incorporate a redemption arc for each questionable character, however, there are some cases when this should be avoided – a de-winged pixie who collaborates with Queen Ingrith to mutilate and experiment on defenceless faeries probably doesn’t deserve to end up in the hero’s circle in the final scene…

Ideas of colonisation, genocide and racism are also explored with a heavy-handed brush, and while it is promising to see children’s films exploring these pressing themes, it needed to involve more nuance. The dark fey are undeniably set up to represent minority communities, with the distinctly Caucasian royal family characterised as the colonising force intent on taking the Moors for their own benefit. It’s unfortunate that this film just did not have the capacity to explore this situation with the depth and detail it deserved, instead relying on clichés to push the message.

Despite its short fallings, Maleficent: Mistress of Evil makes for an enjoyable, heart-racing watch. Go for the Disney magic, stay for Michelle Pfeiffer’s extravagant costumes.

Maleficent: Mistress of Evil is to be released on the 60th anniversary of the original Sleeping Beauty (1959). 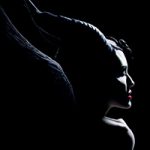 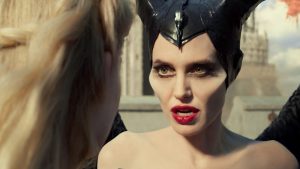 Allegiances are Torn Apart in Official Trailer for ‘Maleficent: Mistress of Evil’ 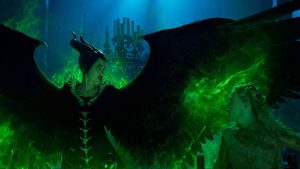 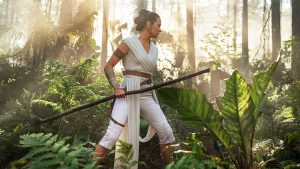 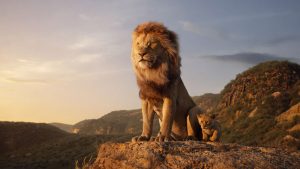