Tom Cruise is back to his death-defying ways as Ethan Hunt in the 6th instalment of the Mission Impossible action franchise.

Paramount Pictures dropped the first trailer for Mission Impossible: Fallout today, and it looks to be an all-out epic showdown.

Fallout is the follow-up to 2015’s critically and commercially successful Rogue Nation.

Christopher McQuarrie returns as writer/director, making him the first in the franchise’s 22-year run to have a second go.

The trailer holds its cards close to the chest revealing little of the plot.

But what’s clear is that this latest instalment is the culmination of Hunt’s choices and possible fallout, as the name would suggest, between IMF and the CIA.

Back for more action are Ving Rhames and Simon Pegg as IMF agents Luther Stickell and Benji Dunn, along with Alec Baldwin’s Alan Hunley.

The MI franchise owes much of its success to these killer supporting cast members.

In Rogue Nation, Ferguson was a standout with her enigmatic performance and looks set to deliver again.

Other newcomers include Angela Bassett as a possible CIA agent and Vanessa Kirby in a mysterious and undefined role.

Whether you’re a fan of Tom Cruise or not, there’s no denying that he’s a powerhouse.

Despite injuring himself while filming a stunt that saw him leap across two buildings, Cruise returned to set just seven weeks later (broken ankle and all).

There was no way he, as one of the films’ producers, was going to delay its release (the one-take footage makes an appearance towards to the end of the trailer).

To date, this highly successful franchise has grossed $2,779.4 million at the box office, surpassing the likes of Indiana Jones and Jason Bourne.

With what looks like a knockout 6th instalment, MI is sure to continue its climb. 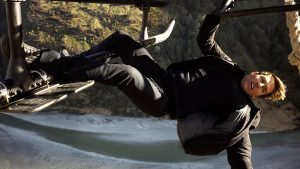 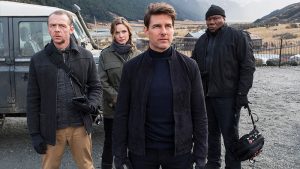 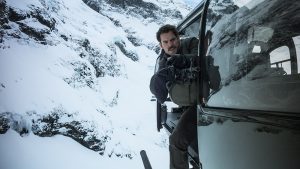 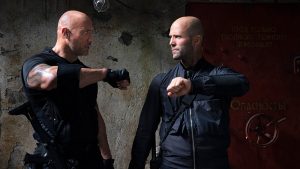 Gallery image with caption: Next Level Action is the Highlight of the Final ‘Hobbs & Shaw’ Trailer