After suffering a personal tragedy, Jake (Asa Butterfield) begins uncovering a mystery that leads him to a house in Wales full of peculiar people.

While far from perfect, there is much to love about Miss Peregrine’s Home for Peculiar Children. Perhaps the most commendable aspect of the film is the fact that it exists in this form at all. Tim Burton has had a less than stellar track record as of late, with some of his previous films indulging in Burton-isms and the inexplicable casting of Johnny Depp to the point of self-parody. But when compared to his recent catalogue, Miss Peregrine’s is a breath of fresh air in every facet: a fresh cast, a fresh colour pallet, a fresh atmosphere. The ordinary and the peculiar are balanced and contrasted so that they may compliment one another, rather than one being pervasive to the point of overwhelming everything else.

We begin the story in the United States with warm weather and cold feelings. The eerie ‘Florida-gothic’ Burton gives the Sunshine State an undertone of menace. This juxtaposition is intriguing, as Burton typically favours settings that are either moody and fanciful (Sleepy Hollow) or sickly sweet (Edward Scissorhands). To see both acknowledged simultaneously by Burton in pursuit of a nuanced middle ground is very unusual.

When we are introduced to The Home for Peculiar Children we are treated to a dark sense of whimsy. Anything could happen, and often does. Characters who would be monsters in any other story instead play in sunlight bathed gardens, amongst hedges shaped like elephants. One part Victorian, one part steam-punk and one part gothic-horror novel, the character design is inventive and extremely watchable. Unfortunately, the same cannot be said of the characters themselves. The performances are a mixed bag and many of them feel stiff and detached. This is most likely a result of the film’s troublesome pacing. At just over two hours, the length is not inherently a drawback, but in this case the extra minutes come from some dense, poorly plotted exposition, which becomes convoluted quickly. Sections of the film that lag and meander unfold between others which go by so quickly, it’s shocking that Burton was able to fit so much story into them. Not only does this harm the tempo of the film, it also hinders any attempts at authentic character development for anyone other than the protagonist. Combine that with one set-piece too many, and you have the makings of a very awkwardly paced film, with characters who are magnificent to look at – but not much more. Had the story been dull or the world uninteresting, this may have been a serious failure. However, neither of those things come to pass. The world is so unique and the visuals are so striking that Miss Peregrine’s overcomes its weaknesses to be charming and enthralling.

In addition to the world and the visuals, one element that elevates Miss Peregrine’s Home for Peculiar Children is Miss Peregrine herself. Eva Green was the only choice for this role. While other actors feel rigid or pedestrian, Green is always in her element. She perfectly embodies the wisdom, class and ferocity of Miss Peregrine, all the while maintaining an undercurrent of maternity and vulnerability.

While many aspects of Miss Peregrine’s Home for Peculiar Children fall short of excellence, it remains engaging and encourages the curiosity of its audience, and it is certainly a step in the right direction for Burton.

Tim Burton aimed to use as little visual effects as possible; “It was nice to shoot on location, to be connected to a place and geography while having people actually floating, as opposed to doing it all digitally”. 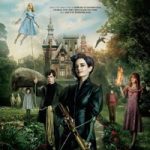