The tragedy is seen through the lens of the bedraggled photojournalist Eugene Smith (Johnny Depp), who has since resorted to alcohol and drugs to numb the trauma of covering wartime.

As his career, not to mention life, reaches its lowest ebb, he is visited by Aileen (Minami), a Japanese translator. She arrives at his apartment under the auspices of filming an advertisement for Fuji Film. Her ulterior motive, however, is to persuade Smith to investigate the mysterious spread of the epidemic. 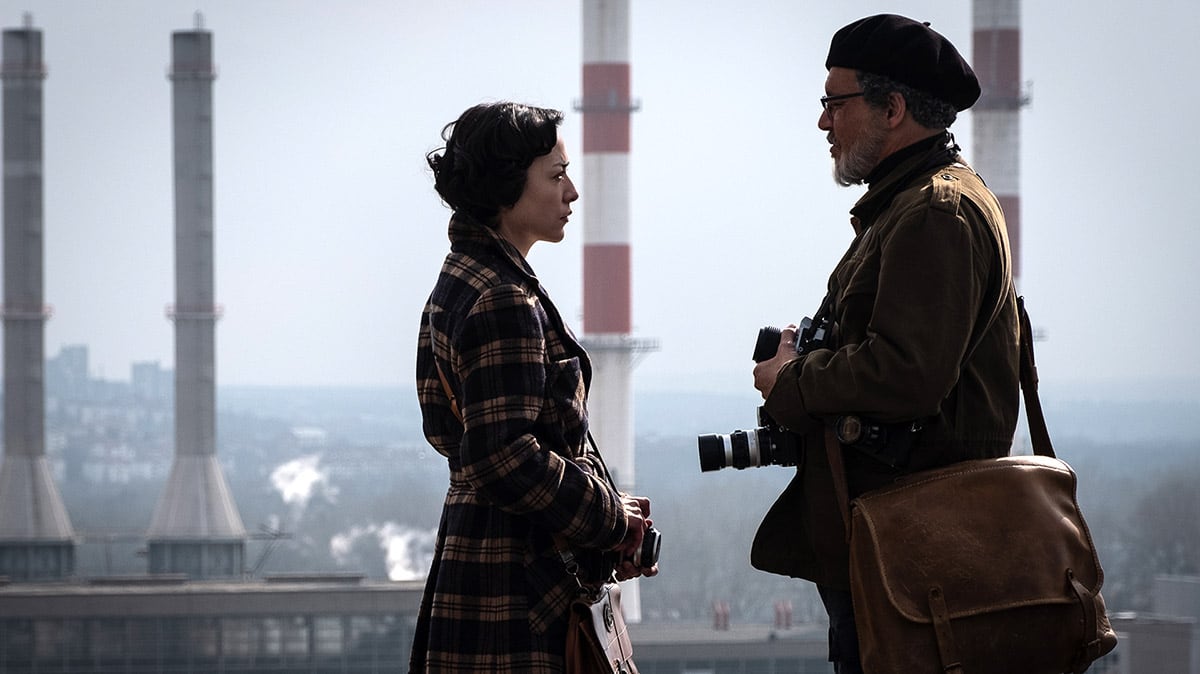 Where the film leaves a harrowing impression are the evocative scenes of the Minamata victims. As Eugene Smith traverses Japanese coastal communities, he photographs individuals with dysmorphic body parts as they try desperately to reclaim a semblance of their humanity. Although Smith gives the story impetus, the progenitor of change is local activist Mitsuo (Hiroyuki Sanada), who rails against and exposes the Chisso Corporation for dumping their chemical waste into the water supply, causing these diseases. Thereby, the story instils depth through a range of characters that are the real heroes of the story.

Depp struggles to be convincing, servicing the story but seldom expressing the concern and urgency the story is asking for. As Smith, Depp deploys a trademark gruff and fast-talking persona, yet the film wisely offers little respite for his flaws and vices. As the editor at Life Magazine, Robert Hayes (Bill Nighy), scolds, “you’re the most impossible photographer Life has ever had”, it is clear from the outset Smith is not worthy of sympathy, but rather the story itself is. In doing so, the character sees beyond his own life to act for a greater cause once confronted by the injustices of Minamata disease. Strikingly, the production design and cinematography by Benoit Delhomme superbly capture towering factories in expansive and symmetrical wide angles that invoke their insurmountable power. Not only this, a kinetic hand-held style is utilised for scenes of protest and upheaval, obscured by foggy fumes, expertly conveying the grassroots movement as destabilising to the corporate greed.

Andrew Levitas’ Minamata is beautifully shot with poignant moments interspersed with its inspiring story arc. However, its slow-pacing and formulaic structure blunt its messaging on the power of individuals.

Hiroyuki Sanada and Tadanobu Asano also starred in Mortal Kombat (2021) together. Sanada as Scorpion and Asano as Lord Raiden.