‘Meet the Parents’ – Trailer Recut as a Thriller

Check out this hilarious trailer remix of the comedy film Meet the Parents, recut as a thriller film – one of the best videos you’ll see today.

The trailer actually works really well and in an alternate universe, this thriller version of Meet the Parents could have been brilliant.

De Niro has led the way in many thrillers, including the great Taxi Driver and Cape Fear, and Ben Stiller, when you put his face in the context of the video below, looks like he has the capacity to do well in a film like this also.

The video comes from YouTube channel Cinefix and you can check out some of their other ‘Trailer Mix’ videos here. 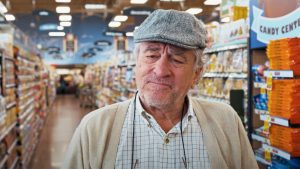