If (like me) you hear the title McQueen for an upcoming documentary, do not walk in expecting Steve or Lightning to be on screen – you will be disappointed.

However, if (like me) you know nothing about fashion design and have a preconception that all high fashion designers live in a cosmic realm separated entirely from reality, you will be pleasantly surprised, as well as dumbfounded for not knowing who Alexander McQueen was. And yet, you’re the perfect target demographic for this magnificent documentary. I guarantee you will leave the cinema with a newfound appreciation for high fashion.

McQueen tells the tale of Lee Alexander McQueen, a working-class youngster obsessed with clothing illustrations and daydreams of dresses and gowns, as he learns the boundaries of fashion design and pisses all over them. McQueen shares similar characteristics to the gruelling Adam Cullen biopic Acute Misfortune. Both McQueen and Cullen were raised in working-class, non-artistic households. Each explored their morbid vision of reality, i.e. What most people tend to ignore, through a typically bright and vivid medium, challenging the expectations of critics and consumers. Unfortunately, both shared the turmoil that comes with embracing the darkness of humanity, spiralling into depression and drug abuse, ultimately leaving our world too soon.

The film weaves (pardon the pun) gorgeous shots of McQueen’s dress designs and experimental studio sequences featuring extravagant fashion pieces to tantalise the eye, while portraying the intimate details of the designer’s adverse rise to fame from the ones who loved him the most.

The editing of archival footage, coupled with the interview grabs, legitimately builds suspense to McQueen’s fashion shows. They truly are experiences. Where else will you find a runway down the dirty Burrow Markets lined with rioters setting cars alight, or a padded sanitarium featuring an overweight nude model, gas-masked, depicting a succubus? McQueen paints the naivety of every member involved in Alexander McQueen’s entourage. You get a sense of the wonder in discovering this foreign world of class and fashion, from people who spent most weekends cooped up in a basement pinning garbage bags together to wear out clubbing until the wee hours of the morning. They had no idea what they were doing, but that’s what made it fun.

Beyond that, McQueen explores their coming of age. When it no longer becomes fun. After all, what goes up must come down. It’s an inspiring tale that implores the audience to not ask “Why?”, but “Why not?”, eventually answering both questions.

Alexander McQueen was more than a fashion designer. He was a tortured artist. The clothes, simply a canvas. Fashion design is always art. It doesn’t need to be all frills, figuratively and literally. High fashion can represent pain, anguish, darkness. It isn’t merely business, it’s an expression of one’s emotions. I may have known nothing about high fashion going into this film, but McQueen has certainly gained a new fan.

Shows some of the outfits that Lady GaGa wore in the “Bad Romance” vídeo in the runway show. 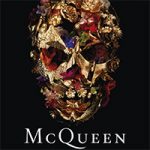