Get Ready for Jonah Hill’s ‘Mid90s’ with ‘All This Mayhem’

Jonah Hill’s directional debut Mid90s is set to be released in Australia later this year and a great warmup to that film is the amazing documentary, All This Mayhem.

Jonah Hill’s coming-of-age story has skateboarders across the globe eagerly waiting to see some of their favourite skaters on the big screen, such as Olan Prenatt and Ryder McLaughlin.

The wider movie community shouldn’t dismiss Mid90s as a film solely for skaters, however.

Based on the trailer, this flick gives us a good dose of 90’s nostalgia and perhaps even some Lords of Dogtown (2005) vibes (an indie classic starring the late Heath Ledger).

With Hill earning Oscar nods for Moneyball (2011) and The Wolf of Wall Street (2013), the hope is that his character-acting abilities are able to overflow to his scriptwriting and direction skills.

While there are many Jonah Hill fans out there who are excited for the release of this film, there are many who have not been introduced to the skating world before and may be feeling trepidatious about their viewing experience.

The good news is that there are plenty of ways that viewers can get a glimpse of the skating world before watching this flick, and a great place to start is with the documentary All This Mayhem (2014).

This raw and honest depiction of the culture that is skating is an emotional roller coaster, to say the least, but will leave viewers with an insight of what it is like to grow up in this profession as well as what we may be able to expect from Mid90s.

All This Mayhem on the surface is a documentary about skateboarding.

Underneath the veil, it is a story of two Australian brothers; Tas and Ben Pappas, who grew up in a dysfunctional family but found an outlet in the skating scene.

Both brothers became so good at the sport that they were able to skate professionally and found themselves living in America and competing against the likes of legends such as Tony Hawk.

While the film gives us glimpses of the competitiveness and perhaps the unfairness of the judging methods offered in this sport, viewers are given so much more.

We get to see what it’s like for a bunch of teenagers to live, skate, and travel together in a bizarre rockstar-esque lifestyle that would keep any doting mother awake at night.

Of course, this lifestyle can never be sustained, so we see the brothers deal with drugs, incarceration, broken relationships, and even scenarios that are much more sinister.

The film does a really good job of giving viewers a glimpse of what it must be like growing up in the skating culture while posing a great number of questions. A young Tas Pappas amongst friends in ‘All This Mayhem’ (2014)

Much alike to acting or modelling, skating is one of the very few professions where kids and teenagers are able to earn a living from their craft.

When this is the case, should there be some kind of union that ensures that young ones aren’t left to their own devices to immerse themselves in a world of sex, booze, and drugs?

Furthermore, it seems that talent tends to emerge from broken families and so can young ones be successful when they come from stable homes?

And finally, would the Pappas brothers have served the same fate if they hadn’t become famous and they remained in Melbourne?

All of these questions and more are what make this film such an intriguing one, which is perhaps an attribute that viewers may also be able to enjoy when watching Mid90s.

You can rent or buy the amazing All This Mayhem documentary on iTunes here, or rent or buy it from the Google Play Store here.

Check out the film’s trailer below. 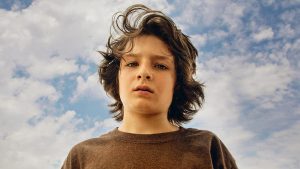 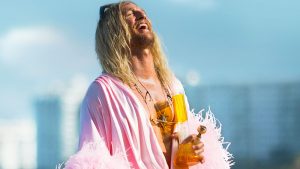 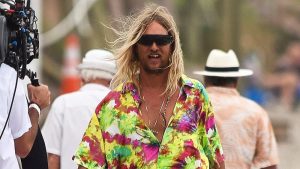 Matthew McConaughey Plays a Tripper in Teaser for ‘The Beach Bum’ 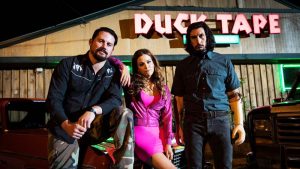