Or slightly more, depending on whether you consider this new, modern, hyper-realistic animation style to be the latest, greatest trend in the medium or a gimmicky cash grab from this household mega-conglomerate that shaped your childhood. It truly is the only difference between this and the iconic 1994 animated feature. The character models in this current-day edition look phenomenal and set a new benchmark as to where this style can go. The lack of facial expressions in the animals compared to its original counterpart, however, may be disconcerting to some, as the designs are so realistic that at times it feels like you’re watching a documentary with animal voice dubbing. This has been one of the biggest criticisms of the film to date, but does it take away from the overall enjoyment factor of the film? Well, not really. Despite the above, The Lion King manages to retain all of the original’s charm and humour, along with its heartwarming, universal themes. The film follows the story of Simba (Donald Glover/JD McCrary), the young lion cub prince who, after his father, King Mufasa (James Earl Jones) is murdered at the hands of Simba’s devious uncle Scar (Chiwetel Ejiofor), is banished from his home under false pretences and begins the process of finding himself out in the greater world. Along the way, he meets a couple of new friends, the comical Timon (Billy Eichner) and Pumbaa (Seth Rogen), who help him discover that there’s more to life than what he’s learned of it so far. Eventually, Simba finds his way back to his home and is confronted with the truth, resulting in an epic battle with his uncle Scar for the true claim of the throne.

Considering it’s the same story that fans know and love, it’s hard not to like this film. Sure, it won’t have the same impact the original film had to older fans upon their initial viewing, but for the first-timers, I imagine this edition of The Lion King will hit all the right notes. The characters are cute and fuzzy, the songs are as enjoyable and sing-a-long-worthy as ever and the humour (especially the one-liners from John Oliver’s Zazu and the banter between Timon and Pumbaa) is on point. Likewise, the voice-acting across the board is excellent, with each cast member giving it their all to bring these characters to life. Combine all of the above with a timeless story that transcends borders, and Disney, at the very least, should have another financial success on their hands.

If you can walk into The Lion King with an open mind and hold off from nitpicking, then you’re almost guaranteed to have a good time and walk out with a smile.

James Earl Jones, Hans Zimmer, Elton John, and Tim Rice are the only people who worked on the original animated film that reprise their respective roles, as the voice of Mufasa, the composer of the film, and songwriters. 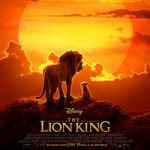 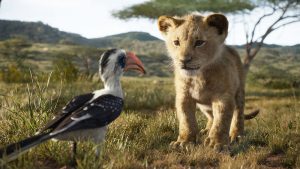 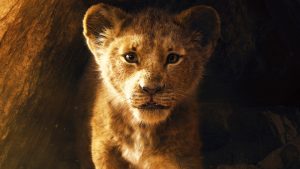 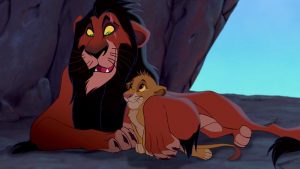 Chiwetel Ejiofor Rumoured to be Voicing Scar in ‘The Lion King’ 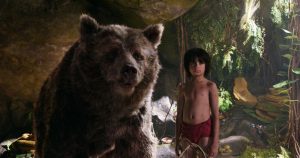