Life is exactly what this film needed in order to succeed. It’s a shame too because it comes close to being really good and whilst it has its moments, it never quite gets there.

The film has a by-the-numbers ‘creature stalks and kills one crew member at a time’ plot which usually works in a sci-fi horror film, but oddly this concept is its weakest point. Unfortunately, the said creature, which can only be described as a hybrid jellyfish/squid is about as menacing as a jellyfish/squid.

The film opens with crew members retrieving a space capsule that has returned from Mars, with soil samples that could contain life forms. Upon careful study, it begins to show signs of intelligence, growing from a bacterial cell into something more. After one of the crew gets a little too close for comfort, we quickly learn what the creature is capable of, mutating after feeding off other life forms. One thing the film succeeds in is not going down the ‘alien inhabiting a human host and guessing who the bad guy is’ scenario and keeping it as a straight forward creature-feature. If only as mentioned above, the creature was actually scary.

RELATED:  It's Teen Mayhem in Space in Trailer for 'Voyagers'

One other positive to mention is that the movie is scarier when the creature isn’t on screen and could attack at anytime and anywhere.  This is a good ploy to use in any horror film of this ilk, but unfortunately we know what the crew are dealing with immediately which takes away most of the tension. The star power alone should have saved the film but the cast kind of works backwards, with its main stars Jake Gyllenhaal (in a rare phoned in performance) and a miscast Ryan Reynolds being the weakest of the bunch. It’s really the supporting cast of Rebecca Ferguson (coming off a breakout role in Mission Impossible: Rogue Nation (2015)) and Hiroyuki Sanada giving the film some of the emotional pull it needed more of. In fact if you YouTube any promotional interviews involving Gyllenhaal and Reynolds together, they talk about how much fun it was to make. If only that actually showed in the movie itself, it might have risen to greater heights.

Life is by no means a bad film. The production values are first rate with solid special effects and some inventive ‘zero gravity’ camera work at play. If anything it’s a great appetiser for the upcoming Prometheus (2012) sequel Alien: Covenant, which looks rather promising.

RELATED:  It's an All-Female Secret Agent Team-Up in New Action-Thriller 'The 355'

So if you’re looking for some cheap jump-scares and something that allows you to leave your brain at the door, then Life might just be your perfect Saturday night at the cinema.

This will be the second time Ryan Reynolds has starred in a Daniel Espinosa film. They both worked on Safe House (2012) together. 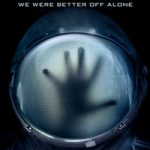