When Let Me In was announced not long after the release of the much loved Swedish original Let the Right One In (2008), it was naturally met with a negative response from fans, and unsurprisingly, didn’t perform well at the box office.

But reviews from critics were quite strong and word of mouth began to spread that Let Me In was actually a good horror movie.

What director Matt Reeves did was manage to capture the same essence of the story that the original film had from the book it was based on, and successfully modernise it into an American setting. The story of a young bullied boy Owen (played by Australian actor Kodi Smit-McPhee) who finds an unlikely friendship (and more), in a newly arrived neighbour Abby (Chloë Grace Moretz) who is not all she seems, is still fully intact and as emotionally charged as its predecessor.

For those unfamiliar with the story, Abby is a young girl who happens to be a vampire (“I’ve been 12 for a really long time”) and has a guardian played by the great Richard Jenkins, who is tasked with finding her fresh blood, requiring him to hunt down and murder innocent people. Upon Owen and Abby’s first meeting, there is an instant connection as their relationship becomes deeper through acts of violence. It’s easy to write off Let Me In as another vampire love story. But there is so much more going on here, that it may require more than one viewing. Is Abby truly in love with Owen or is she merely courting him to become her next guardian? It feels as though it’s entirely left up to the viewer to decide, making the movie all the more interesting.

The acting from the two young leads is way above par, especially in the quieter moments they share, but let’s not get too wrapped up in the love story. This is, in fact, quite a brutal horror film, with some jarring and horrific scenes. When Abby attacks, she does so with such fury that it’s almost like watching a documentary of a lion attacking its prey. Moretz goes from a meek shy girl to an unrelenting monster in a manner of seconds, and it never fails to shock throughout the film. Kodi Smit-McPhee is also excellent; proving that he’s got what it takes to forge a career past his ‘child actor’ days.

Whilst Let Me In does have its flaws such as recreating some scenes shot for shot from the original, it still doesn’t lose its power over what is unfolding on screen. Director Matt Reeves clearly has a love of the source material, even adding in some additional scenes that carry the movie sometimes above its predecessor.

Let Me In is definitely worth revisiting, or even if it’s somehow passed you by, is a must watch even for non-horror fans. Also having one of the most unconventional love stories put on film for some time makes it something special, along with some truly terrifying sequences that will stay with you long after the credits roll.

In a few shots in the movie, a few lens flares can be seen. These shots are most likely a nod to director J.J. Abrams, who not only uses these types of shots in his movies, but he also grew up with the director of ‘Let Me In’, Matt Reeves. 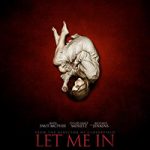 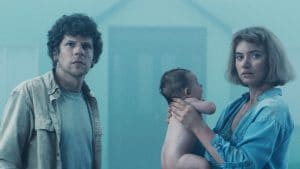